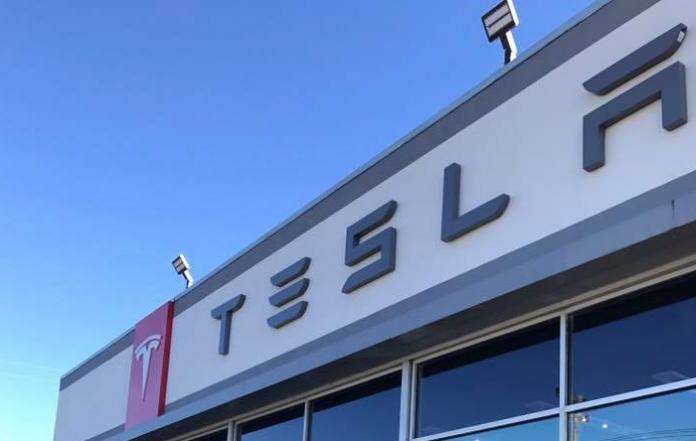 Tesla's Advantages and Disadvantages After Every Carmaker Goes Electric

Recently one automaker after another made announcements about their electric vehicle plans and it seems that all of them will eventually go electric. If they do Tesla, a clear leader with Nissan Leaf and Chevy Bolt will have certain advantages, but also disadvantages.
Advertisement

Praveen Nair and few other Tesla enthusiasts shared their opinions about Tesla's advantages and disadvantages in Tesla Model S Owners group on Facebook, after Mashable published a story on how every major automaker plans to go electric.

"Now that all the major automakers have decided to jump into the EV space full on, what are your thoughts on how this will affect Tesla?" asks Nair and posts the following points.

1. They built a platform from the ground up as an EV. They rethought everything and this gives it a better Experience. Frunk, no start button, etc etc.
2. They have invested in superchargers. Huge plus.
3. Their software platform.
4. I just can’t see other car makers investing in a ground up platform that is good.

1. They still trying to figure out production that the other guys have worked out. (Tho they don’t have the platform yet)
2. Their interior could do some upgrading especially in their S and X. It does not yet have the quality of an Audi or BMW.
3. If they had an all electric BMW or Audi, it might sway people to get that instead.
4. I’m assuming that gas stations will begin to invest in charging stations. This might reduce the uniqueness of SC.

While other car companies can benefit from Tesla's research and development, Superchargers are a huge differentiator. Yet, Tesla doesn't advertise it and people will not know much about this difference. For example, Cadillac advertises Supercruise and clearly explains how Supercruise it differs from Tesla's Autopilot. People are, generally so uninformed about Tesla when it comes to these differences.

"Factories and joint ventures are needed in other countries. GM's announcement of going all electric eventually is possible due to other markets that have been demanding EVs and PHEVs. GM starting making the Cadillac CT6 PHEV and Buick Velite (Volt) in China specifically for the Chinese market. This avoids the tariffs if the car was made in the US and sent over to China. Very sure that a Bolt badged as a Buick will show up in China soon. BMW also launched a pure EV based on an X1 SUV (made by Brilliance in Guangdong). Nissan also has the Venucia (Leaf) the Dongfeng venture," writes Ivan Jue, who has contributed stories to TorqueNews.

The greatest obstacle for the automakers in the upcoming years will be the supply and access to Lithium. Where will they find so many batteries? The price will surely go up with huge demand of electric cars. Good thing Tesla is ahead of the game in terms of mining operations, distributors and supply chain.

What do you think? We would love to hear your opinions in the comments.

Cory wrote on October 4, 2017 - 11:46am Permalink
Actually, there are way more scarce metals to harvest than lithium in Tesla batteries. Cobalt comes to mind. Its only really harvested in Africa. A ton of Cobalt is 28k, a ton of Lithium is 8k
kent beuchert wrote on October 4, 2017 - 3:03pm Permalink
Obviously a fair amount of ignorance hereabouts with respect to electric cars and chargers and lithium. The price of Lithium can triple and it would hardly affect the price of lithium batteries, which use a tiny amount of the stuff. Tesla has no advanced battery technology per se. Porsche already has an EV capable of using a 350KW charger, versus Tesal's 120 KW. And Tesla is all by itself in going away from all of the other automakers, who will use CCS protocols. recently upgraded to 350KW max chargers. Guess which chargers the independents are going to be installing? They WON'T be Tesla superchargers, that's for certain. Tesla superchargers will never come close to having the coverage that CCS charging stations will have. And Tesla has NO patents on anything which any other automaker would want. And Mercedes is building their own giga battery factory in Alabama. Regardless Tesla's gigafcatory cannot produce batteries any cheaper than the Japanese or Koreans can,. GM will now upgrade the battery pack in their Bolt and upcoming variants (Buick, etc) to allow for faster DCFC charging. At home, any Chevy Bolt can recharge as fast as any Tesla at Level 2 charging. Tesla's nightmare is about to come true - not only are there over 120 announced EVs from the automakers coming in the next 3 years, but most here in the U.S. will have a $7500 price advantage over any car Tesla sells because Tesla's tax credits are almost depleted now. The notion that one has to build an EV from the ground up is totally absurd. Except for the drivetrain, an EV is virtually identical to a gas powered auto, which is actually mostly electric already. BMW, for example, will build all three variants of their models - hybrid, EV and gas powered on the same assembly line at the same time.
KOlton PoPoFf wrote on March 3, 2020 - 11:05am Permalink
I hate TESLA"S