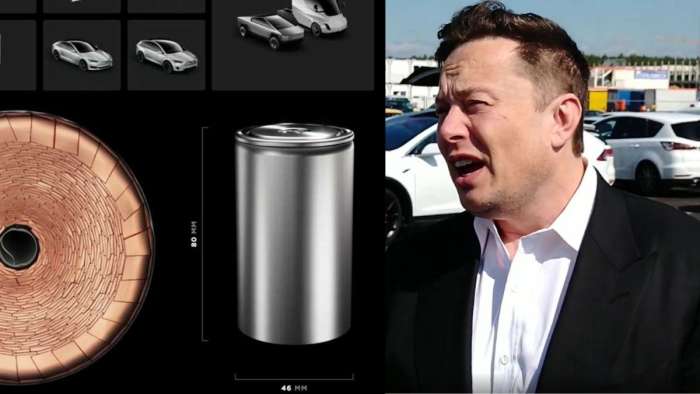 Sichuan Yahua Industrial Group Co. is an industrial group headquartered in Chengdu, capital of Sichuan Province, China. The company didn't release much information about the magnitude of its battery-grade lithium deal with Tesla. However, in a filing to the Shenzhen Stock Exchange, Yahua put the total value of its lithium contract with electric car maker Tesla at $630 million to $880 million over 2021-25, according to Reuters.

It's been almost a year since Tesla has been delivering Model 3 vehicles from its Giga Shanghai factory. It has reportedly already started making the Model Y vehicles, which Tesla will start delivering soon. China is going to be very important for Tesla in the next five years as more than half of Tesla models in 2021 will be made in China. And Tesla is already sourcing lithium, which is an important EV battery ingredient, from Ganfent Lithium in China, which is one of the world's largest producers of lithium.

Reuters says Tesla has not yet responded to its request for comment and we hope Tesla will release information on this new lithium deal during the day.

"Yahua Lithium Industry mainly relates to two plates of business, such as Lithium Resources Development and Lithium Salt Manufacture. For Lithium Resource Development, we have Lijiagou Lithium fai quarries, which has been proven to be the largest explored Lithium fai quarries in Asia, and we have the right of mining for it; it can be converted into 510,000 ton of resource for Lithium Hydroxide. For Lithium Salt Manufacture, we have the capacity for Lithium Hydroxide with 12,000 ton, Battery Grade Lithium Carbonate with 6000 ton, Lithium Dihydrogen Phosphate with 2500 ton, etc; we are the biggest manufacture enterprise for Lithium Hydroxide in the world, and our products have been used in all kinds of industries such as Batteries, Medicine, Metallurgy, Petrochemical, Glass, and Nuclear Industry," reads Yahua's Lithium Profile on its website.

We also learned that Yahua group has more than doubled its previous production capacity of lithium by putting a 20,000-ton lithium hydroxide plant into operation in May.

EV battery ingredients are a hot commodity market. There was an oversupply of lithium in 2020 knocking prices down, mainly due to the virus. However, the demand for lithium and other battery ingredients are expected to go up as the world's automotive industry is slowly transitioning to electric vehicle production. In fact, VW's chief Herbert Diess recently said that Europe needs at least 40 battery factories to meet the demand.

“There are some problems related to lithium-ion. Argentina has got huge reserves of lithium-ion. Our Indian players are also trying to get lithium-ion the world over. But this is also true that the Chinese have already picked up stakes in the majority of the lithium -on mines,” said Nitin Gadkari announcing Tesla entering India in 2021, the Minister of Road Transport and Highways and MSME, adding that Indian researchers were now trying to invent a better alternative to lithium-ion batteries.

Gadkari also added that "research is going on and our people are competent and we will get the solution for that. Sodium-ion batteries are also in the process of being made. The research is in the final stages. I am very much confident about our IITs and engineering graduates. In this field, we will get success. The sodium-ion batteries are very cheap. So we may get the solution. We will be the number-one manufacturers of electric bikes, scooters, tractors, trucks, and even construction equipment machinery of electric in due course,” he said.

Thus, while this Tesla Yahua Group lithium deal is very important, the world is also looking at alternatives to lithium-ion batteries. In any case, Elon Musk is playing a smart chess game, positioning its pieces at different directions and securing battery ingredient supplies for the next five years.

Tesla may deliver record number of vehicles in 2020 in an extraordinary EOY push and a special FSD gift from Elon Musk.