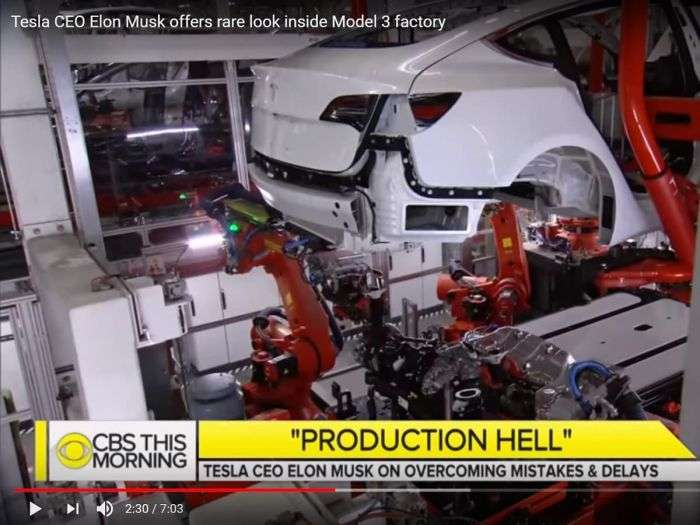 The Tesla Revolution - Man versus Machine

"I Tesla" - The automaker’s visionary push to control the future of the autonomous automotive industry - from cars like the Model 3 to Commercial Trucking and beyond as well as various robotic industry applications.
Advertisement

We have all read the most recent stories around Tesla and the company’s continued effort to advance the practical applications of autonomous vehicles within the automotive industry. This march to the future reminds me of the first time I watched Will Smith’s “I Robot”. As I watched, (circa 2004) I was intrigued by the automated (branded BMW) car Will Smith drove (or it drive him). He simply stepped into the vehicle didn’t touch the wheel and off he went. He didn’t actually take the wheel until he had to maneuver and get away from the zombie robots.

Well, we’re moving closer and closer to that reality today. My Forester XT has the adaptive cruise control. I must admit it’s handy but can be unnerving. The mere fact that for moments at a time you’re not in control of braking or acceleration. The first several times my instincts took over and I would press on the brakes not totally sure the system would perform as advertised. Fortunately, I’ve had no issues and learned to “trust the process”. My wife is the opposite, she loathes the system. She drives a luxury German brand and opted out of that safety feature. I understand her intrepedation. However, I’ve gotten comfortable with the feature.

As much as we’ve progressed, my fear is that all these features in addition to enhanced infotainment systems is creating more distraction and disengagement from the actual art of driving. These systems while adding safety can lull us into a false sense of security behind the wheel if we’re not careful. I learned to drive on a manual car and that experience was valuable to me. My sympathies for the manual drivers. I certainly see why the hardcore manual enthusiasts don’t like the trend we’re headed. Manual driving puts you in total control and makes for a true driving experience. Yes, I miss the experience at times and the days of the “stick shift” are numbered outside of true sport cars.

We can admit that Tesla is being innovative and pushing the bounds of autonomous driving. We’ve also seen the results when the testing fails – it reminds us that human interaction and consequences of relaying on technology can have catastrophic consequences in loss of life and property damage. We’ve also seen Uber tests in major cities as well – some results showing promise, some not so much. Again, we see the limitations of these systems even with the boundless possibilities. There is tremendous pressure on Tesla to release the Model 3. My concern is speed to market due to stockholder pressures versus public safety. In these instances, we see the need to step back and reassess the technology before these cars truly land in the hands of consumers.

I believe there is a balance we can strike between technology and human interaction as we see this technology improve over time. I’m not so sure I’m looking for the day when driving itself becomes an automated exercise. As an enthusiast, I welcome safety systems but also understand the need for driver engagement. While I admire Tesla and their vehicle line-up, beyond the obvious positive fuel and environmental impact, the autonomous driving aspects is still a work in progress. As you sit in a Tesla and have that large IPAD-like screen looking back at you, I can’t help but feel disconnected to the car and the automation is a reminder of who’s actually in control.

There are those that welcome the technology, but like Will Smith, I’m a bit old school and somewhat suspicious of robots – whether they be in the form of humans, animals, appliances or cars. However, where cars are concerned, there is a balance to be had and car makers are testing those bounds and as consumers we do have a say in where they take us in the not so far off future.