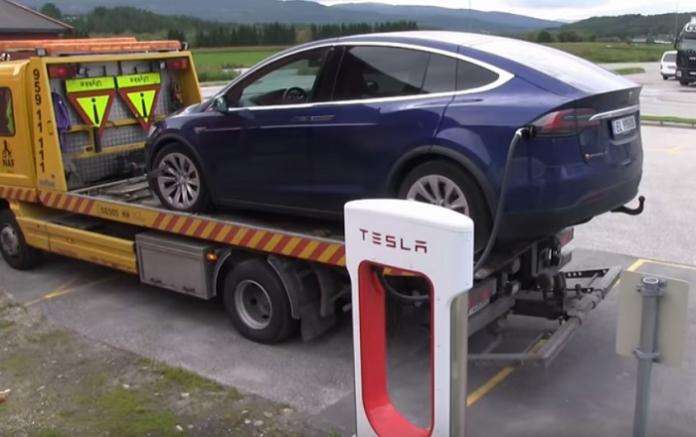 Tesla engineers should look in this video and find out why a Model X P90DL shut down in the middle of a road when it still has 8 miles of range left and power in it.
Advertisement

Bjorn Nyland today shared a video showing his Tesla Model X P90DL shut down in the middle of the road during his usual drive in Norway. Bjorn says his car run out of the power while still having 8 miles left and he was 4 miles away from the nearby supercharger.

This is a picture nobody wants to see. He says he was stretching his limits, but now see that the consumer is higher. You can see in the video blow and in this screenshot from the video that he still has 14 kilometers, but the car is shut down and it reads "Battery power too low." 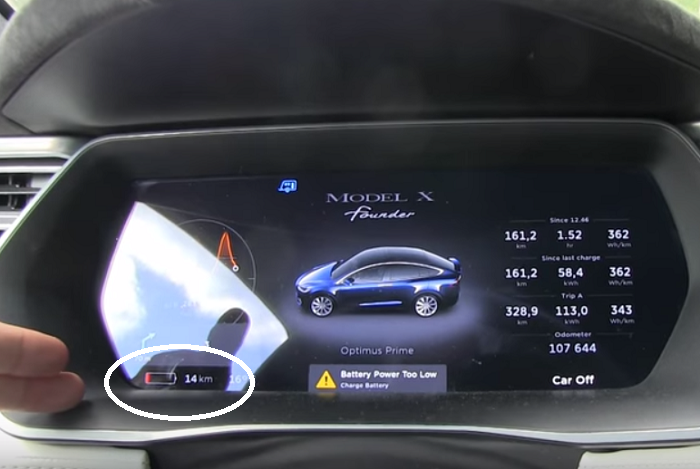 Bjorn, who works at the University of Oslo as a programmer and is a Tesla advocate (see his Youtube Channel), writes that while he was surprised, he was afraid something like this would happen because of BMS.

He says the "BMS was knocked off and didn't know what the max and min values were. This could be due to many supercharger sessions we had in our Europe-road trip we had a week before."

The Solution and The Price

"The fastest solution when this occurs is to get a tow from any car," Bjorn writes. But he says "in this case, the park brakes wouldn't disengage. So the only way out was to wait for a flatbed. The price for the service is usually 3000 NOK ($350). Tesla warranty doesn't cover this car because it has passed 100,000 kilometers. But insurance covered it. I only had to pay 500 NOK ($50) for the rescue."

He recommends never to go below zero. He says it will work if your car is brand new, but as the battery pack ages, he believes that there is some hidden degradation below the zero buffer, so it gets eaten up like in this case.

Hopefully Tesla engineering keeps up the good hard work to avoid this situation, maintaining explicit energy consumption and remaining charge estimates with precise units such as kwh, and does not back down from the challenge.

By the way the coolest part in this video is the berries.