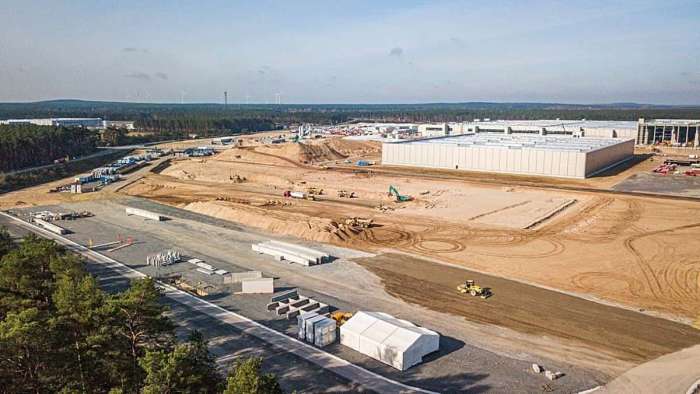 Tesla Giga Berlin Could Be Significantly Smaller Than Planned

Elon Musk actually wants to hire up to 40,000 employees in his Tesla factory near Berlin. But the state of Brandenburg, where Giga Berlin is located, is apparently counting on significantly fewer employees - for years to come, T-Online reports.

Elon Musk's 40K employee announcement was full-bodied: Elon Musk wants to employ 40,000 people in Tesla's Giga Berlin Gigafactory in Grünheide near Berlin. He wants to start in the summer - and produce the electric cars, starting from the Model Y electric crossover.

But reality looks different. Many positions are still vacant. On the Tesla website, the company is looking for hundreds of employees via job advertisements.

In fact, only around 1,000 people have signed an employment contract with Tesla, as "Business Insider" writes - out of a total of 7,000 with whom Tesla wanted to start in July. It is therefore questionable whether Tesla will be able to find enough employees by then or even have to postpone the start of production.

The state of Brandenburg apparently expects that the dimensions in Tesla's German electric car factory will not be as spectacular as Musk announced. According to "Business Insider," the state government expects only 12,000 jobs - and that for years. This number was previously mentioned in the course of the first expansion stage, in which up to 500,000 vehicles are to be built per year.

Gfsfghh wrote on May 1, 2021 - 2:27am Permalink
Musk was naive thinking that Germans will let him compete with VW... he should abandon this project and move Gigafactory 70km East to Poland...