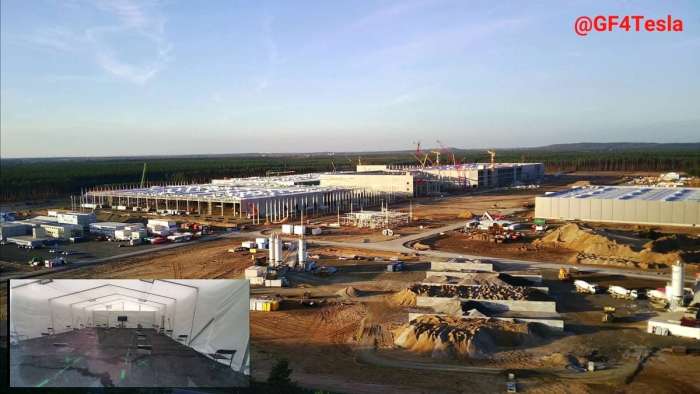 Tesla Will Pay Its Giga Berlin Employees on a Tariff basis

Tesla is pulling its new factory Giga Berlin in Grünheide, Brandenburg, at record speed. If everything goes according to plan, at least 7,000 people should be employed there by the middle of next year. Jochem Freyer, head of the Frankfurt (Oder) employment agency, has now commented on employee salaries.
Advertisement

Tesla has ambitious plans for “Giga Berlin." The electric car pioneer plans to hire between 7,000 and 8,000 employees in the next year. In 2022, the number of employees could rise to 12,000. In the long term, Tesla is even aiming to create 40,000 jobs. Torque News has already explained how Tesla may create 40,000 jobs in and around Giga Berlin.

Last week, Jochem Freyer told the Berliner Kurier that the employment agency was working closely with the car manufacturer on hiring employees for Tesla Giga Berlin.

“Our employees work in the HR department at Tesla. The agencies and job centers across Berlin and Brandenburg are looking for suitable job seekers. Instead of formal qualifications, Tesla focuses on the right mindset. This way, unskilled and long-term unemployed people also have a chance," says Freyer, who is certain that the latter will be hired to a "significant extent" in Tesla's Giga Berlin factory. In September, Torque News learned that Brandenburg is unable to meet the workforce demand from Tesla regarding Giga Berlin, and as a result Tesla may be looking to hire people for Giga Berlin throughout Germany and even Poland.

In an interview with the German business magazine Handelsblatt, the head of the employment agency has already given initial information on the planned salaries. He assumes that Tesla will pay its employees on a tariff basis. "Tesla pays significantly better than is customary in the area, and will be based on the collective wage agreement of the metal and electrical industry," says Freyer. The 56-year-old yet still provided concrete figures. Much is still in flux, but the lower limit is in place. Unskilled and job changers can expect a starting salary of 2,700 euros gross. The payment is "a cracker for this level." Relevant vocational training starts at around EUR 3,500 gross monthly salary.

Tesla does not waste time looking for suitable candidates. There should be application days in the next month. “And a decision will be made in the evening,” explains Freyer, referring to how quickly people may know if they are hired to work at Giga Berlin, reports Franziska Albrecht at Efahrer.

We also learned that Tesla plans to have around 200 warehouse employees by early 2021. Tesla will also construct 623 charging stations at Giga Berlin.