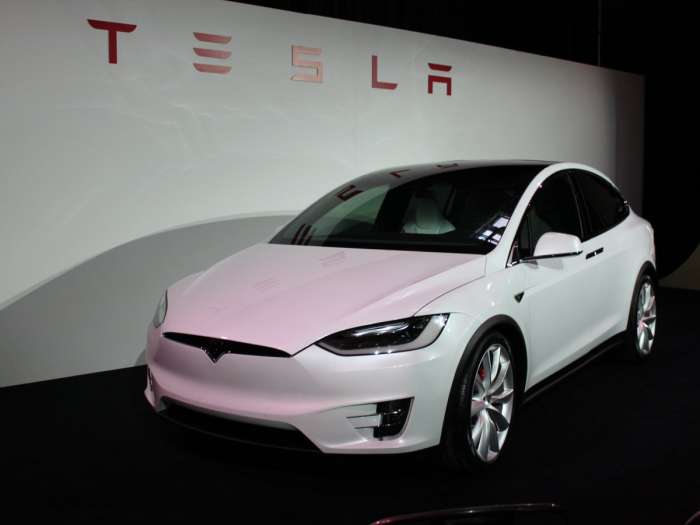 Tesla Concerns: Why or Why Not

Regarding the future of Tesla there are both concerns and appreciation for Elon Musk.
Advertisement

A group of electric car owners are discussing if people and TSLA investors should be concerned or not about the future of the company. These are EV enthusiasts and one of the first people who have adopted EVs and constantly discuss EV news. The discussion is taking place at Electric Cars Facebook group and here are few interesting opinions for the conversation. The group is public.

Overspending and Backed Up Hype

Andrew Thomsen writes that Musk overspends and that his has been a topic for years. "He does announcements right when people are getting tired of his ... stories to bring hype and investors back. Currently he’s backed up everything he said, but that’s a lot of hype he has to produce, new cars, new battery factory, commercial space, electric semi’s. He’s an emotional roller-coaster. One day he will either be even more rich than he is or he will be extremely poor and forgotten," Thomsen writes.

Tesla Must Turn To Profitability

Robert Berkovitz writes. "Yes. It’s very simple: it doesn’t matter what a visionary he is. It doesn’t matter how fantastic his products are. What matters is can he make a profit? So far, Tesla has not made a profit. He needs to turn that around quickly and I hope he succeeds but he’s running out of time."

Some people here commented that Model 3 is an excellent car and we are about to see two quarters of Tesla profitability.

Despite all the the above, Tesla CEO Elon Musk is appreciated for his roll in the second wave of vehicle electrification. "We’d not be enjoying this second wave of electrification if it weren’t for him. So for all his faults I still appreciate what he has done and is still doing for the future of transportation," writes Diogo Pinto.

This is a good point. The world probably need someone who was already worth hundreds of millions to move the EV this far forward in the United States and in the world. "Anyone less determined, and with less money the major car companies would have bought out, or found some other way to close them down," comments Ken Burgess.

Gavin Shoebridge writes. "I have spent the last ten years reading nothing but doom and gloom about Tesla and how they're going to fail tomorrow, yet they keep on going from strength to strength. I'm concerned for their future, of course, but I'm more concerned about the sheer amount of clickbait articles and headlines I've read about Tesla's certain demise over the last decade. I guess the endless stream of that tired style of article has numbed my concern about Tesla. I think they'll probably do fine, regardless of the media and the efforts of dubious short-sellers. Time will tell their success or failure. God knows the media won't."

I have myself read a lot of interesting articles on Tesla, and I am familiar with its origins and how Musk came to become the company's primary owner. I think the best articles should follow the following method: research a topic, write about it, vet the article, consider the criticisms, and come up with a final and hopefully better result in its rewrite. Torque News has tried to follow this ethic. This is why we have both: stories that praise Tesla's achievements and stories that point out the concerns.

"A wise man recognizes his weaknesses. He gets help so he can concentrate on what he does well. Elon is a visionary extraordinaire and an excellent engineer. No Tesla is not falling off the edge of the world. But, it could use some business expertise. Just think what could happen if we added some salt and pepper to this dish," concludes the discussion Fred Rockhold.

I should acknowledge that Tesla successfully survived the attack of the Wall Street shorts and loosing its access to capital, has the best battery and autonomy tech. Tesla makes and sells more EVs than any major car company. There is, certainly, always room to do better. But as a market leader in EVs, arguably having the best EV hardware and software puts them ahead of many carmakers in the global automotive market.

What do you think about the future of Tesla? Do you have concerns? Please, share your thoughts in the comments section below for discussion.