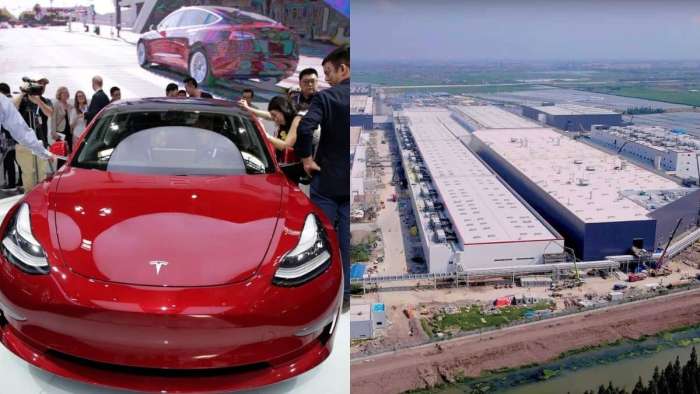 In October, Tesla sold 12,143 Model 3 sedans in China, which is up 7.18% from September, when the company sold only mere 11,329 units domestically. In addition, Giga Shanghai produced another 7,000 Model 3s that were shipped to Europe. This was in October and demonstrates Tesla China's significant increase in production capacity.

BREAKING: according to CPCA, 21,604 MIC Model 3s were sold in November vs 12,143 sold in October. That’s a huge jump from the previous month. Congrats to @teslacn. Job well done. pic.twitter.com/kSep6pkkLW

There was a rumor several days ago that Tesla will have record sales in China in November 2020 and that rumor is confirmed now. Regarding the December 2020 Tesla China sales Ray thinks we will do even better with the refreshed Model s coming out of Gf3 in a day or so.

As you remember Tesla works in 3 shifts at Giga Shanghai and it looks like the 3rd shift and using the cobalt-free LFP battery in Model 3s add to the effect.

However, some Tesla followers warn that if the current LFP problems are not solved quickly it will backfire hard. Some observers are still hoping for a software update that will bring improvement to the MIC Model 3s with cheaper LFP batteries, but after the first impressions it looks like Tesla may have taken a big step in the wrong direction with a revived battery technology. Since October the smallest version of the Model 3 has been standard range plus (SR +) with a battery made from cheaper LFP cells, I reported yesterday at Torque News.

Having reported this positive news about Tesla China November sales, I want you to note the following aspect of it too as one commenter noted in Teslarati. "So low October in China sales due to shipments to EU meant unmet demand in October so 78% increase is really mostly unmet demand," comments Rob Andrews. Do you agree with this view?

However, overall Tesla China Model 3 November sales look really good. Now it will be interesting to see what the production amount is for Made-in-China Q4. Tesla is setting itself up for a good Q4 profits and a great 2021 production numbers.