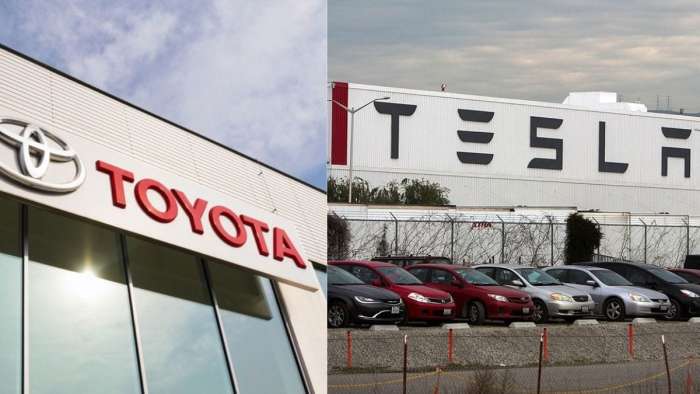 Since Tesla Became a Household Name, Toyota EV Is a Matter of "When," Not "If"

When it comes to Tesla, Toyota, and electric cars, it's important to keep in mind that attention drives investment.
Advertisement

Recently when Toyota's president Akio Toyoda spoke of the limitations and the future of electric cars, it is easy to misquote him and it's important not to do that. He knows that electric cars are the future and didn't even pretend they are not. He was basically saying that a rushed transition to a niche vehicle whose full supply chain doesn’t deliver the ecological benefits its advocates may worsen carbon dioxide emissions.

“The more EVs we build, the worse carbon dioxide gets... When politicians are out there saying, ‘Let’s get rid of all cars using gasoline,’ do they understand this?” Toyoda said at the event as chairman of the Japan Automobile Manufacturers Association.

He knows this situation will improve one day and making electric vehicles will be more ecologically beneficial. He simply believes that the automobile industry development (which is already outstripping past predictions: see Tesla) should drive the change and not legislation.

Toyoda is not bashing electric vehicles. During Toyota’s third-quarter earnings call last month, Toyoda generously praised Tesla’s leadership's efforts in the battery EV sector, saying there’s a lot his company can learn from Elon Musk. Yet, he’s confident that Toyota will win out in the long term with its robust and diverse product mix.

Now, especially after the Japanese Government's latest ruling not allowing to sell new gas cars in Japan after 2030, Toyota has no choice but to accelerate following Tesla's path. Or, perhaps, Toyota will chart its own path and strategy when it comes to making its own electric vehicles.

Nikkei Asia has already reported that Toyota is working on its own solid-state batteries and will introduce them in 2021. This is an area where Toyota has thousands of patents and lots of knowledge. In fact, Torque News Toyota reporter Peter Neilson brings reasons it will be so good that it will crash Tesla's Li-Ion battery updates. 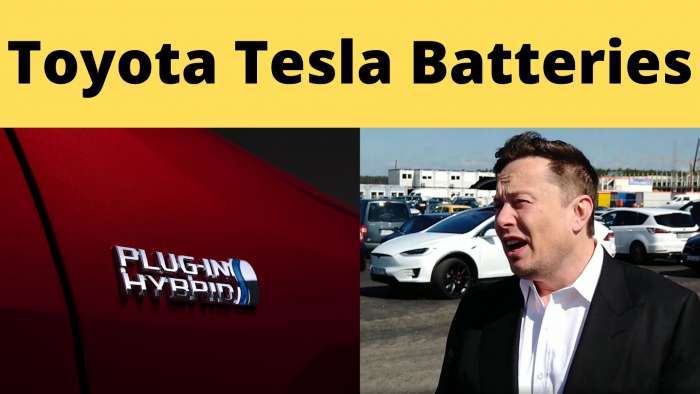 These days everyone knows electric cars are the future. Not only Tesla knows it, but I think Toyota and GM knew this years before. The problem is that a great idea is a bad idea before its time. "Nobody wanted to be the company to dump bankruptcy-levels of money into an enterprise and have that investment break the organization only to leave the then prosaic tech for someone else to benefit from," writes Dan Holliday in Quora, discussing if Toyota is correct when it comes to its approach to electric vehicles.

He thinks Toyota may have the same problem Saudi Arabia has: it’s too dependent upon what revenue steam it has to allow too much internal competition.

While Toyota has access to a lot of resources to make a split and invest in cutting-edge EV technologies, Tesla is singularly focused on one technology. "It has gaggles of gleeful investors willing to drop millions in the hopes of a future payoff. Toyota has no such investors with cash to burn. Toyota is one of those companies that you invest in for decades in the hopes of a modestly above-inflation pay off when you retire. Tesla investing is about getting rich (which comes with a huge risk)," Holliday writes.

However, he thinks Toyota will weather the storm. Akio Toyoda saying that they think electric vehicles are niche misses the point he was making. Electric vehicles are niche today because we haven’t reached that cost-benefit exchange tips in favor of the economics of EVs (but we are close). He’s saying that the time isn’t right and that legislation on banning combustion vehicles is not a smart idea and mostly superficial as EVs are causing a lot of pollution and at costs, most people cannot yet afford.

I personally like the idea of the government establishing rules for business to play. This helps to create a fair market. Therefore, I like the idea of governments mandating automotive companies to make a shift by a certain time and switch to producing electric cars. If you leave this to companies to do it on their own time, you need to consider that some decisions are driven by comfort, some by fears, and some by investor greed. But now, after last week's decision by the Japanese government to phase off gasoline cars in Japan by 2030, Toyota, Honda, and other companies will need to start thinking like Tesla, whether they like it or not.

We are now closing the year 2020. In 2019, Tesla sold 367,500 vehicles, which is a small fraction of the 10.74 million vehicles that Toyota sold in the same year. But Tesla is ahead of Toyota in the electric vehicle market, and Toyota only plans to sell half a million battery-electric by 2025. Tesla plans to sell between 900,000 to 1,000,000 electric vehicles in 2021 and hopes to sell half a million Tesla Models this year alone.

In fact, Tesla seems to be on track to produce and deliver 500,000 electric vehicles as Elon Musk predicted in 2014. In the past six years, the company has faced many challenges before Tesla got where it is today. In 2014, having delivered just under 60,000 vehicles, the company could now achieve a record 500,000 deliveries in 2020. If customer habits change quickly, Tesla would be well-positioned to continue dominating the electric vehicle market.

What do you think, where will Toyota and Tesla be by 2030?

A Schincariol wrote on December 29, 2020 - 8:43am Permalink
In 2030 I think Toyota will be plugging along (pun) business as usual, selling cars, truck and SUV's people like and want. I think Tesla under the weight of quality issues and competition of higher quality EV's will focus on heavy truck deploying it's IP into that industry which much more profitable. Tesla sells as there are no other real options, when there are areas such as fit, finish, ride and cabin noise will be become factors it's dominance will be tested. Civilian vehicles are paying for the build out of Musk's heavy truck division. Civilian vehicles are generating the mass amounts of data for the self driving tech the heavy truck relies on to make it a must buy. Barrier to entry on an EV is a joke, combustion engines are hard, EV is simple. I think in 2030 Toyota is still #1 or #2 car manufacturer and Tesla has destroyed heavy truck makers like Paccar &, Volvo.
Joecool wrote on December 29, 2020 - 9:22am Permalink
I worked in a technical field all my adult life. I can state that the technology for electric vehicles is there. The biggest thing holding legacy auto manufacturers from following the electric route is their huge investment in ICE engines. Tesla has solid state batteries, as do Toyota and other auto makers. Time and again it's been stated Electric vehicles are simple to make compared to Ice vehicles. As for their carbon footprint. Anyone with a logical mind can easily see an electric vehicle has a much smaller carbon footprint.