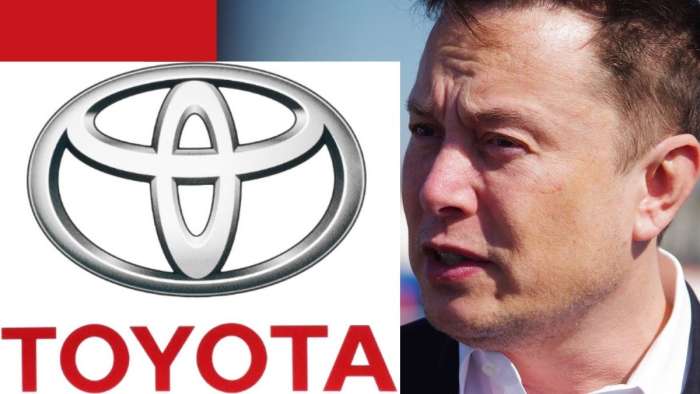 Now Toyota Has No Choice, But To Follow Tesla

In recent months Toyota and Honda executives have questioned if the world is ready for electric cars, but now they have no choice, but to follow Tesla as the Japanese government just announced a plan to ban cars with internal combustion engines by 2030.
Advertisement

The Japanese Prime Minister Yoshihide Suga wants to reduce CO2 emissions. From 2030, only electric and hybrid cars will be allowed. This gives the Japanese car companies a lot to think about, to accelerate their EV programs and now think how they can catch up and pass Tesla in making high-tech electric cars. But if you want to know more about why cmopanies like Toyota don't make EV right now, see Toyota's position on EV batteries vs Hybrid batteries.

Japan wants to make car traffic in its own country less harmful to the environment. The Ministry of Economy, Trade and Industry is in the process of working out the goal of no longer allowing gasoline-powered new vehicles in the mid-2030s, the Japanese TV station NHK reported on Friday.

Instead, all car traffic should be converted to more environmentally friendly drive systems such as electric and hybrid cars. The third largest economy in the world before Germany wants to take the lead in the worldwide abolition of gasoline engines by setting clear targets.

Japan aims to reduce its greenhouse gas emissions to zero by 2050. The previous government had aimed to reduce emissions by 80 percent by 2050. Responding to global warming is no longer an obstacle to economic growth, Suga said. “We have to change our attitude”.

Proactive measures would bring about changes in the industrial structure and economy and lead to strong economic growth. The government says the targets require fundamental changes in business models. This means huge automotive manufacturers like Toyota and Honda should immediately boost their EV research and developments, even more than what they are already doing. The Japanese government vows to achieve 80% emissions reduction by employing all policy tools, including tax, fiscal and financial measures.

The World Street Journal notes that this statement by the Japanese government bucks Toyota chief Akio Toyoda who recently said a rapid shift to electric vehicles could cripple the car industry.

Speaking at a conference for the Japan Automobile Manufacturers he said there are two components to his complaints against turning the entire automobile industry into electric cars too soon. The first is today's high cost of an electric vehicle. Even the lowest prices Tesla goes for more than $38,000 without government subsidies. It's true that Tesla CEO Elon Musk has promised to unveil a $25,000 compact Tesla model. But to get to that point Tesla must be successful in lowering not only the cost of its electric battery but other features as well. Even if you lower the cost of the battery pack from $12,000 to $6,000 it would only bring down the cost of a Model 3 to $30,000. That's not far from the target $25,000 compact price, but Tesla needs to find other ways to shed another $5,000 and still make a profit.

Toyoda's second point at the conference was that even if the world did go all-electric the electricity grid couldn’t handle extra summer demand and he observed that most of Japan’s electricity is generated by burning fossil fuels. Thus, something needs to be done in this regard.

This leaves Toyota no other option, but to either follow Tesla or create its own EV path, just like it successfully did with hybrid cars.

Tesla recently announced its new 4680 battery at the September Battery Day and Panasonic is apparently already building them. The charging time of these new Tesla batteries is reduced from 25 minutes to 15 minutes. If you only need a 50% charge, you can be done in 7 minutes. That’s almost as fast as gas. Toyota, we learned recently, is also working on new and game-changing solid-state batteries, which the company plans to unveil in 2021. Torque News Toyota reporter Peter Neilson says Toyota's new batteries and own electric vehicles will crash Tesla. 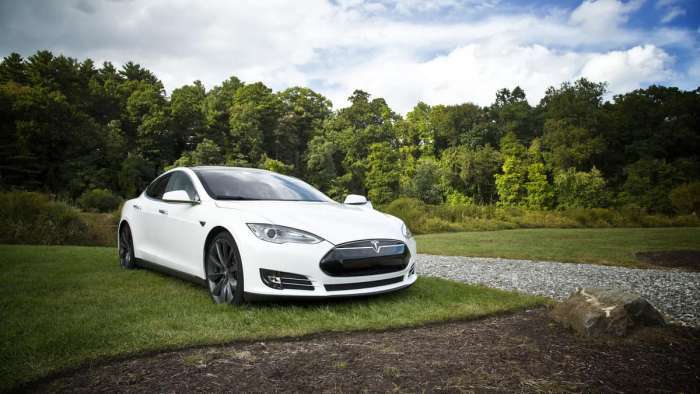 "Toyota is a company that does not do anything until they know for sure it will work. Toyota went longer than every other manufacturer before putting Lithium-Ion batteries in their hybrids. Why? Toyota believed it was not developed enough yet. Thinking on that idea, Toyota is now rolling out a solid-state battery. This bit of knowledge tells me that Toyota has been researching this for years and kept it under wraps. They are ready to present the world with the next big thing in transportation. Tesla may be the first car to be synonymous with EV, but Toyota is the wise Sensei who keeps showing the apprentice new things," concludes Neilson in a recent article at Torque News.

Others, who claim to understand a thing or two about EV batteries, say things like Toyota's battery prototype may be exciting, but solid-state is a decade from mass manufacturing. "Solid-state has many issues including low-temperature charging, scalability, and cost. Ultimately solid-state will most likely be a niche product and not a mass scale and broadly used EV battery because of these difficulties. Tesla is working on battery tech that can be scaled massively and they are now the largest battery company in the world, not Toyota who dismissed full EV and Tesla at their own loss," commented a user named Ron, under Neilson's article, who claims to be a battery researcher.

Currently, Toyota is using Li-ion batteries. It's true that Tesla may know more about current Li-ion battery technology than Toyota, but Toyota, with over 1000 solid-state patents, knows a lot more about solid-state batteries, which is the future of electric vehicles and is what will bring EVs into the mainstream.

In any case, with the recent decision of the Japanese government aiming to eliminate gasoline vehicles by the mid-2030s and boost green growth, Toyota has two choices. Either it will quickly convert into an electric vehicle producer following Tesla's example, or it will chart its own path. I think Toyota will chart its own path and turn into a strong EV player in the electric car global market. Whatever happens, the consumers and the global environment will benefit. Toyota will greatly benefit as well if it plays smart, amplifying its EV department's R&D. As a result we will have more electric cars on our roads, more competitors in the market, and cleaner air to breathe.

Tesla-Funded Research Reveals One of The Biggest Mysteries of EV Battery
Tesla Tesla Buyer Nets a Whopping $12,000 Discount After Asking for Reduction
END_OF_DOCUMENT_TOKEN_TO_BE_REPLACED