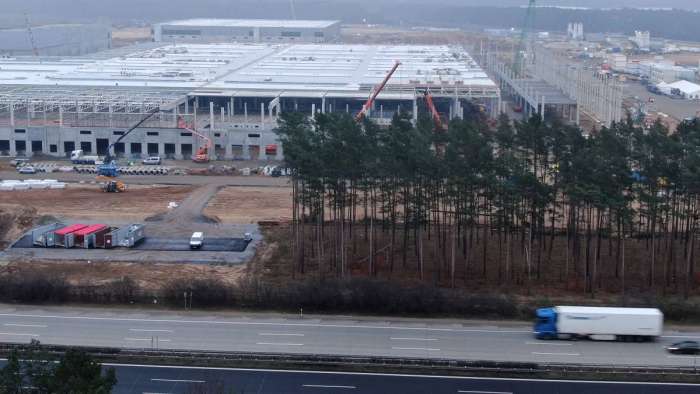 Tesla and Government Reach a New Agreement on Giga Berlin

Tesla Giga Berlin is allowed to continue building at the factory in Grünheide as Tesla and Brandenburg reached a new agreement.
Advertisement

Tesla can continue building on the construction site of its planned factory in Grünheide near Berlin. Brandenburg had agreed with the US electric car maker on a longer period until January 15 to pay the missing security deposit, the Brandenburg Ministry of the Environment announced on Wednesday. It's about 100 million euros that Tesla has to deposit for possible dismantling costs of Giga Berlin in case the final approval doesn't come for some reason.

The company also promised safeguards for all early permits for construction work in a comfort clause, reports RBB. By January 15, it should now be clarified in what form the security deposits will be provided by Tesla. At the same time, the State Environment Agency approved the company on Wednesday to continue the construction of Giga Berlin on working days in 24-hour operation for certain work on the construction site, a spokeswoman for the Brandenburg Environment Ministry confirmed to RBB.

At the beginning of December, the State Environment Agency approved the construction of Giga Berlin's paint shop and the clearing of the forest for a new battery plant as so-called "early measures." This means that Tesla must reverse both of these works if the final approval for the entire project is not granted. To secure this dismantling, the office demanded 100 million euros as a pledge.

Tesla had not provided the security deposit by December 17 after an early approval for forest clearing and the installation of machines. Then the work was suspended, the country initially only extended the deadline to January 4th.

Bob wrote on December 24, 2020 - 4:53pm Permalink
So why are comments ever shown? Never see any comments and I know many are made.