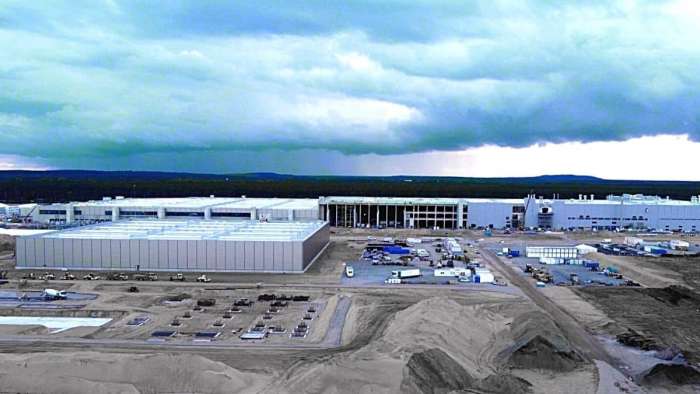 Tesla Giga Berlin just receives another advance approval. As the Brandenburg State Environment Agency announced on Tuesday, the functionality of systems in the paint shop, foundry and body shop can now be tested.
Advertisement

Signal and pressure tests on the machines that have already been installed are now possible. At the same time, the State Environment Agency has also approved the installation of tanks for wastewater treatment and a central tank farm.

The duration of the tests would, however, be limited in time. The authority announced that the use of materials was also limited. A real trial run is also not yet allowed. In addition, Tesla is not allowed to produce any later usable workpieces during the tests and must submit a measurement plan for the processes, RBB reports.

It is already the 14th early approval for the planned electric car plant. It was only at the end of last week that Tesla received approval to install more chimneys and also to work in some cases 24 hours a day. When the state environment will decide on the final approval is still open.

In addition, Tesla does not want to use any additional water for its battery factory, which has also been announced in Grünheide. The rbb found out about this from authorities.

Last year, Tesla and the Strausberg-Erkner Water Association (WSE) agreed on a water quota of almost 1.5 million cubic meters of water per year. There will only be more water in several years, when a new waterworks starts work.

As the rbb had already reported in April, Tesla is now planning to supply the battery factory with the already approved water in addition to the car plant. According to experts, this is possible because most of the water can be reused in battery production. According to media reports, this solution can also be found in the construction plans that Tesla intends to open publicly in the near future.