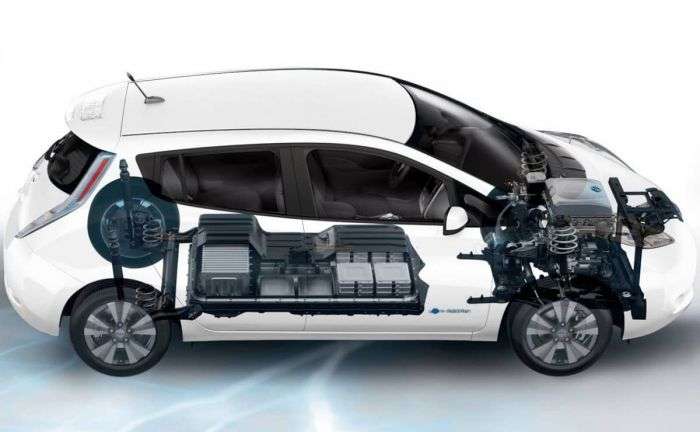 Nissan is doing something really big for old Leaf owners exchanging their batteries. For now it starts in Japan, but later will spread. Here are the details and cost of Nissan Leaf's batter exchange program.
Advertisement

These are the main details the current Leaf owners need to know about Nissan's battery exchange program for old Leaf owners.

The batteries are refabricated for old Nissan Leafs. There is a new plant in Japan for this work. According to Nissan's press release a brand new 40 kWh battery costs just a little more than the 30 kWh unit. 40 kWh stands at 820,000 yen (around $7,800) – for the modules we believe.

"Starting in May, owners of the 100% electric Nissan LEAF can turn in their used batteries and, for a fee, receive refabricated ones. Nissan is using the battery-refabrication capabilities of 4R Energy Corp., a company established through a joint venture with Sumitomo Corp., to offer the program.

As demand for electric vehicles grows, the number of used batteries will increase significantly. Nissan hopes that by reclaiming these batteries, it can help lower battery replacement costs and heighten the used-car value of electric vehicles. This will enhance the electric-car ownership experience, which in turn will help promote their use, ultimately contributing to lower CO2 emissions.

This is a major news coming from Nissan. It's exciting and promising development for sure. In fact, the cost of replacing your old batteries on your Nissan Leaf is more than reasonable. A year of solid EV driving would probably pay for most of that with gasoline not purchased.

If you remember, Nissan announced the option to purchase a replacement battery in the US for $5,000, plus installation in 2014 or 2015 and it took two years for anyone to get a response about it for Canada. So, yes, it could come to US or Canada, but if it's like the other delayed response you'll have wait two years and pay double what it costs in the United States.

But this is still a very welcome development for used Nissan Leaf owners. Hopefully we will even have the possibility of getting 60KW to replace 40 from 2018 down the line.

Regarding the price in the United States, I am not sure about the 'refabricated' packs, but the news of pricing on new 30 & 40 kWh replacements is great, as it sets a ceiling on expected future replacement costs.

When do you think these battery replacement options for used Nissan Leafs will be available in the United States: months or a year from now? I personally think that US being such a major market for Leaf it will be soon.

Rod wrote on March 28, 2018 - 9:52am Permalink
This is great news. I think it's a matter of supply and demand. Personally, I'd rather upgrade my battery from 24 kWh to 40 kWh. I think other EV manufacturer will follow Nissan battery program.
Jeff wrote on March 28, 2018 - 9:53am Permalink
I think other EV automakers have a better solution, active temperature control of battery packs.
Jamy wrote on March 28, 2018 - 9:53am Permalink
This makes perfect sense. I’m sure we will see other after market battery upgrades in time as the price continues to drop. Imagine how long you really could own a low-maintenance EV if you could replace the batteries cheaper than the cost of a new engine in an ICE.
Mark wrote on March 28, 2018 - 1:51pm Permalink
Well, at least it's an option for Leaf Owners with bad batteries. The cost does not seem be very good considering what you might be getting. You are getting 50% off of the price of a new battery that is tech from 5 years ago. I suppose it depends on the process they use, what the SOH % is for the rebuilt battery, and what the warranty is.
Michael Deolloz wrote on June 30, 2018 - 4:13pm Permalink
So are the refurbished batteries not yet available in the US? What's a best guess about when they might be available for purchase?
Dhaval Shah wrote on August 19, 2018 - 9:57am Permalink
I have 2013 Nissan Leaf. Is 40KW battery fit in old 2013 Nissan leaf. I spoke with dealer and they denied. Is any one can guide? Dhaval
Jon reinwal wrote on November 5, 2018 - 9:41pm Permalink
Looking for at least 40 kw battery to replace my 2011 batter
pete.d wrote on May 6, 2019 - 9:12pm Permalink
For what it's worth, I have been researching battery replacement for our 2013 LEAF. Dealer says that the only replacement available is the 30kWh battery, at a price of a whopping $8600. We've mentioned to our local dealer the program announced for Japan, and there appears to be nothing along those lines in the US. No lower-cost replacement at the 24kWh level, nor a more reasonable 40kWh to justify the sky-high $8600 price (which does not appear to include labor, so actual cost is much higher than even that).
Stephen Mallia wrote on June 10, 2021 - 2:15am Permalink
I am owner of 2013 Nissan Leaf and I live in Malta. I bought my car second hand imported from japan 2020 with 10bars and today is running on 8 bars. From where can I replace my battery.