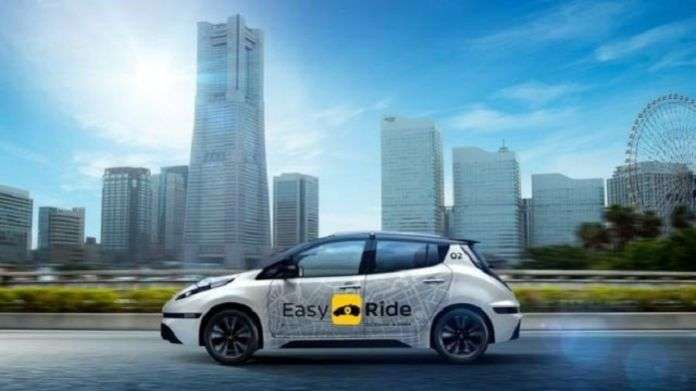 This Nissan Leaf May Become The First Driverless Taxi Next Year

Would you use a taxi that has no driver? It's going to be called a Nissan Leaf Easy Ride. Nissan and DeNA will recruit participants for a field test of the Easy Ride mobility service in Yokohama, Japan, from today until Jan. 15.
Advertisement

Four years ago, Nissan Nissan CEO Carlos Ghosn had ambition to launch Nissian's autopilot vehicle by 2020. While Ghosn still has two years left to accomplish that goal, recently Nissan has exposed a new undertaking, saying it will proceed to start an automatic driving taxi. This will be an open test and will start next year, reports Sina.

Prior to this, Nissan also developed a semi-autonomous pilot system called Propilot that allows cars to drive single-lane autopilot on the freeway. Shortly after the project was launched, DeNA canceled its partnership with Japanese start-up ZMP and quickly announced that it will cooperate with Nissan to provide Nissan with a range of software support facilities, Sina reports.

The Development of Automotive Driverless Technology

Automotive driverless technology has been a hot research and development project for car makers and technology companies for some time now and is not only because of its emerging automotive industry, but also because the sophisticated robotics algorithms in driverless cars can better ensure that passengers and drivers avoid unnecessary traffic accidents while driving.

Through this Easy Ride service, users can make a car call through the mobile APP, set the destination and let the unmanned taxi directly take them to a designated place. And the APP can not only enable users to set a destination, but also provide passengers information about nearby restaurants, hotels and other service information, allowing users to set driving directions. Nissan said through such a new rental taxi mode, the city's public transport infrastructure will be greatly expanded, Easy Ride will effectively enhance the interaction between cities.

However, keep in mind that Nissan hasn't been the only testing self-driving cars. Google's Waymo driverless car completed its test in Arizona this year. General Motors also spent heavily on acquiring Cruise, a driverless car company. Nissan's test is nothing new.

According to reliable sources, again reported by Sina, participants in this test will sign a contract on Easy Ride's website and estimated tests of self-driving taxi will start in March 2018.

Let us know how comfortable you feel riding in a driverless taxi even if it's a Nissan Leaf or Tesla Model S. Would you feel safe? Please share your opinion in the comment section below. If you liked this article and think it may help your friends, consider sharing or tweeting it to your followers.