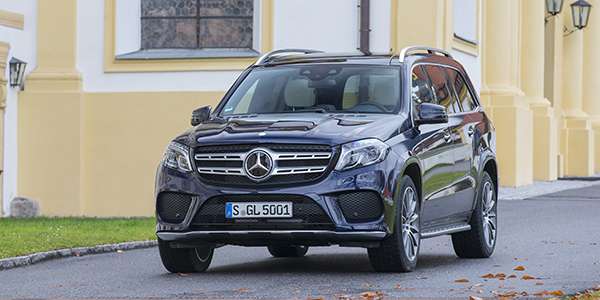 Insiders say Mercedes Benz is going to unveil a rival to Tesla Model X in October, an electric SUV concept in Paris Motor Show, but without having a Supercharging Network. What range will it be?
Advertisement

Mercedes-Benz's electric SUV will be the German automaker's "first step into a broad electric vehicle strategy," reports Autocar UK, relying on insider information. Mercedes engineers are currently working on the new concept at Stuttgart prototype workshop, the electric SUV with zero-emissions is tentatively scheduled to enter the market in 2019.

But is it necessary? If most of the charging is happening at home and EV Range is improving, does a company need public charging infrastructure to have a successful lineup of electric cars?

"Not sure it has to be in charging stations. Not sure much new has to be built to enable it. I read about home charging with tax incentives. I read about corporations getting tax incentives if they allow at work charging as a part of the compensation for workers. I hear about public parking spaces and gas stations being equipped for non- proprietary connectors. I saw the statistic that more than 85% of all charging actually happens at home. I think Tesla's network is great, pioneering, bold and innovative. I am not sure it is necessary to have a successful lineup of electric cars with successful sales volumes," responds Sheriar from the same group.

On the other hand, fast charging infrastructure is not about daily use. Even if you only do one longer trip per year, would you buy a car, if you know you're limited in range? Therefore, some people may think that Mercedes electric SUV would only be considered as a second city car, and way beyond the price range of second city cars.

But what if the Mercedes electric SUV has a battery range of 350 miles per charge? What if it can recharge within an hour. Will that change anything? After all Mercedes-Benz is not just another automotive company around the corner, it's Mercedes-Benz. Also in today's world we hear about Tesla's Model 3 Range of 215 miles per charge and a rumor of Nissan LEAF's new technology that can possibly extend it's range to 338 miles. Is it difficult in today's technology to reach 350 miles of range per charge in 2019?

I think Mercedes can do this well. Considering it has built drivetrains developed in partnership with Tesla, we can have high hopes for its electric SUV concept to become a reality. I also expect more ICE manufactures speed up their plans for more electric cars, after much talks over the plans of Norway to ban new sale of gas-powered cars in 2025.