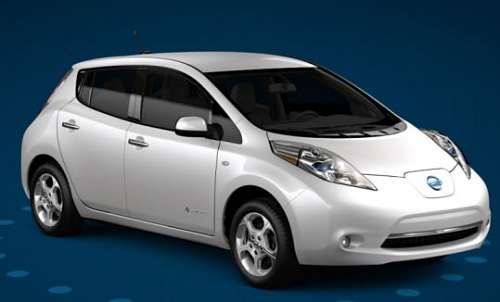 TorqueNews asked a random Nissan Leaf driver to write about his experience. Brian Keez's story is very interesting as he writes how he obtained his orphaned Leaf and how his father also bought one, spending only 12 dollars a month on charging his EV.
Advertisement

Since August 2011, when I plugged my Nissan LEAF in for the first time, I have put nearly 9,000 miles on it without one drop of gasoline. After about three days and a couple of hundred miles of getting to know the car’s energy usage on my normal routes, the fear of running out of charge disappeared. I live in the LA area and drive to customer sites that are between 15 and 50 miles from my home. I purchased an orphan Nissan LEAF, meaning that it was not claimed by the person whom ordered it and was available for purchase. After doing the numbers for gas, lease payment and insurance I decided to make the move. I haven’t regretted it and the car is an economy car that drives like a luxury car. So it’s really relaxing to drive.

A parked car is a waste of time, it should be fueling up! I plug the car in every chance I get, but with the still limited number of proper charging stations, I can’t always charge when I park the car. Charging the car is routine, clean and simple. I did not purchase a home charging station, but had the charger provided by Nissan upgraded (evseupgrade.com) and had a 220V outlet installed in my garage at a total cost of around $400. I take the charger with me everywhere I go and can use it for both 110V and 220V. I have an adaptor for charging with a standard 220V dryer outlet when I visit family or friends that have one. However, I am very fortunate to be able to use a 480V fast charger over at the Mitsubishi NA headquarters in Cypress, CA. It enables me to dramatically reduce my charge time from what would take four hours for charging down to 30 minutes. Without the fast charger, I leave the car plugged in at the nearest Nissan dealership while I work. If my job site had a 220V available outside the building, I wouldn’t use the fast charger.

Keeping my money is my goal. Since almost all public charging is still free, I truly only pay for half of the power that I use to drive. The other half, which is home charging, cost me an additional $60/month for the average 2,000 miles/month that I drive. My father also purchased a Nissan LEAF and he’s paying something like $12 per month for his car fuel with the lower off-peak electric rates. Of course he doesn’t drive as much as I do either.

There is nothing to fear, but the unknown. Well, that’s all that range anxiety is; fear of the unknown. I have found that there are variables that affect the energy usage, the biggest factor being speed, then acceleration, terrain, heater and A/C use and high winds. My driving patterns have enabled me to learn about all three. After driving a route once, I know what to expect. I have found that 100 miles of range is realistic and is pretty much what I get with daytime driving, no A/C. Gradual climbs make a noticeable difference, but it’s not huge. The car is fantastic going up the Cajon Pass, which takes me from about 2,500 ft to 4,100 feet within 10 miles, but the power usage is scary the first time. Now, I know exactly what to expect and just enjoy the drive.

T he LEAF has always gotten me home, I’ve only run the battery down to cut-off once and it was in an EV parking stall with a 220V charger. I had done 80 miles, all highway driving, lights on with some heater use. I was just stubborn and didn’t want to stop to charge sooner. I’ve done the same thing in my gas-burner many times, but with the slow charge time of the LEAF on a 220V charger, wisdom must prevail over impatience. The longer trips require planning and paying attention to the variables that I mentioned above. After the first trip, it’s like any other road trip where I know where I’ll stop to fuel up and for how long.

After six months of owing and driving the heck out of my Nissan LEAF, I enjoy the car more than I thought I would. At the moment, with the realities of less range and fueling stations, I make driving an EV work. It was a lifestyle change, but one I was willing to make and it really hasn’t been as big of a change as I expected. To answer the popular question of whether or not electric vehicles are the future – they are definitely MY future.

Written by Brian Keez of Fontana, CA.
15 Year IT professional and owner of a 2011 Nissan LEAF.

If you want to tell TorqueNews about your car and your driving experience, send us an email using our Contact information.

Keith Griffin wrote on January 15, 2012 - 8:21pm Permalink
That's quite an accomplishment but the headline was kind of strange. Of course he drove 9000 miles without gas. There's no way he could drive even one mile with gas. Now, it would be impressive to see a Chevy Volt drive 9000 miles without gas but even that's not likely to happen because the engine turns itself on every 60 days or so if it hasn't been run without gas. Great first person piece from a Leaf owner, though.
Ron Solberg wrote on January 18, 2012 - 11:31am Permalink
I have found that there are variables that affect the energy usage, the biggest factor being speed, then acceleration, terrain, heater and A/C use and high winds. A great article. Here in Hills, MN we may find cold to be a more important variable to deal with. We hope to meet that problem in part by offering EVSE service with indoor parking in a building with heated floors. The heat source is a wood fired(Froling) boiler. The carbon dioxide is released from the wood when it rots in the forest so if it is instead burned in an efficient furnace there is no added carbon dioxide to the atmosphere, just the water vapor. For more information on our charging stations see J&R Housing at recargo.com or carstations.com.