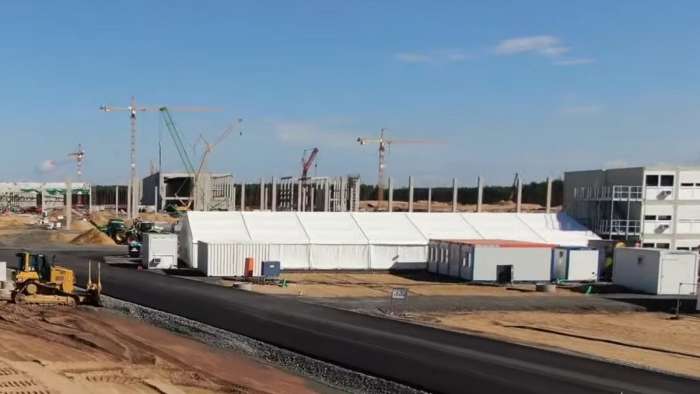 For the first time, we have rare pictures of inside the Tesla Giga Berlin's catering tent.
Advertisement

Today we are going to share with our Torque News readers something really different from Tesla Giga Berlin. Have you ever wondered how it looks like in the Tesla catering tent? Our friend Jurgen, who tweets at @GF4Tesla got these inside photos of the Tesla Giga Berlin tent from a visitor. "Rustic, but the construction workers confirm that the food is delicious," wrote Jurgent on his Twitter today.

First, we noticed the mysterious tent on August 24. "There is a new and mysterious tent at Tesla Giga Berlin and people think this may be a preparation of a possible official event or even an Elon Musk visit to celebrate the progress of Giga Berlin," we reported on Torque News Youtube Channel. We thought it's prepared for Elon to visit. While Elon visited Giga Berlin in September, we don't know if the tent was used for his visit or no. Probably it was.

But a few days after we noticed the Giga Berlin tent, Tesla explained its purpose saying the tent actually serves "the construction site staff as a lounge for breaks and meals." And the parking lot in front of the fence had been created in order to better control the number of vehicles at the construction site.

Now, for the first time, thanks to our friend Jurgen we have these inside images. 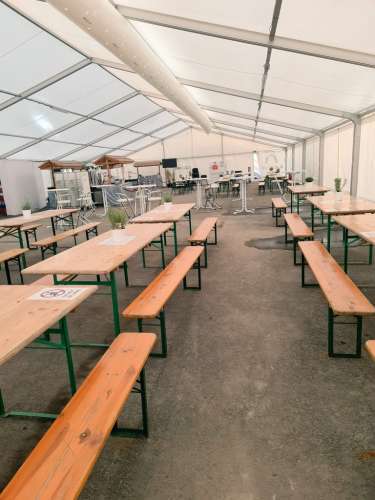 Here you see that it looks like a eatery place for Tesla's Giga Berlin employees. The signs are bilingual and a person on Jurgen's twitter comments saying, "it looks pretty Bavarian." Note that Tesla is building its Berling Gigafactory not in Bavaria, but in Brandenburg.

It also looks spacious, clean and comfortable. Plus as Jurgen quoted an employee, the food is delicious. 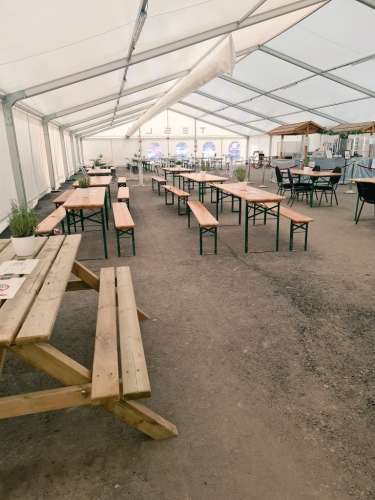 Do you note the plants? I like them. It's a nice touch. Some people comment saying, sausage and beer are provided every day. Is that standard in Germany? If beer is provided daily how do people work? I can't confirm that Tesla provides beer at Giga Berlin daily. 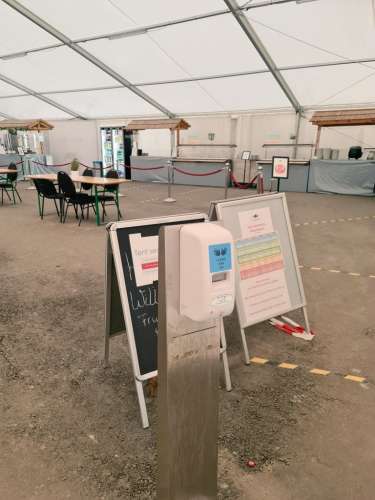 Giga Berlin is popular with young people, while Tesla is controversial as an employer in Germany.

jg wrote on November 24, 2020 - 2:49pm Permalink
I used to love seeing heavy construction equipment on the side of the road with a couple guys kicking back drinking huge beers when I lived in Germany. You really don’t realize how much beer you drink until you come back to the states and just intuitively down a 12 pack every night.