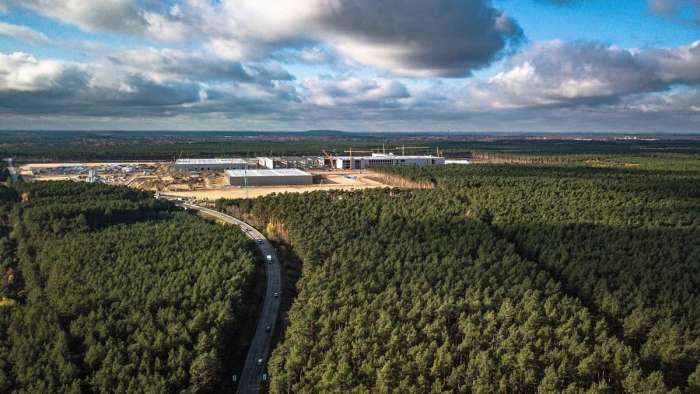 Tesla Giga Berlin Is Controversial as an Employer in Germany, but Popular with Younger People

For Tesla Giga Berlin, which is currently under construction in Grünheide near Berlin, Tesla needs many thousands of workers. Recruiting with the help of regional employment agencies has already started and will be intensified from December. While Tesla lures with relatively high salaries even for the unskilled and long-term unemployed, intermediaries have already made it clear that jobs in Giga Texas will be demanding, and CEO Elon Musk is not a friend of unions.
Advertisement

Tesla Giga Berlin's popularity with employers is reflected recent survey. According to that survey around a third of respondents said that they consider Tesla to be an attractive employer or not, and another third was undecided. I think part of Giga Berlin's attraction comes from its salaries, which Tesla is going to do on tariff base.

Automobilwoche published those survey figures at the end of last week, based on a survey of over 5,000 people by the Civey survey institute. However, the article does not contain any information on the representatives of the data, so it should not be given.

With this caveat, the survey shows that German workers are divided about Tesla. A slight majority of 36.7 percent chose the answer to the question “Do you think the automobile manufacturer Tesla is an attractive worker?” With “Yes, definitely” or “More or less yes." However, 32 percent chose the options “rather no” and “no, definitely not." The remaining 31.1 percent were undecided.

This is probably positive for Tesla. "The younger the respondents were of working age, the more likely they were to see a job at Tesla as attractive - in the group of 18 to 29 year olds it was 54 percent," concludes Teslamag. However, this higher approval was almost entirely at the expense of the undecided, while the proportion of skeptical respondents was 31.2 percent. Among the 50 to 64 year old employees, Tesla was the least popular employer with 30.5 percent approval. About 33 percent described jobs at Tesla as unattractive or not very attractive.

Another interesting, but rather irrelevant result of the survey were the answers from the Senior. I say irrelevant because they are already retired and unlikely to work at Tesla Giga Berlin.

For people over 65, the relationship between rejection and approval turned positive again. About 33.9 percent of this group found jobs at Tesla attractive, only 28.6 percent not. At 37.5 percent, however, there were also the most undecided, which is no wonder because people of retirement age are only likely to deal with the question of which employer would be the right one in a few exceptional cases.

By the way, Tesla's advance at Giga Berlin is astonishing. Tesla already has a new manager at its German Gigafactory, and should be in calmer waters.