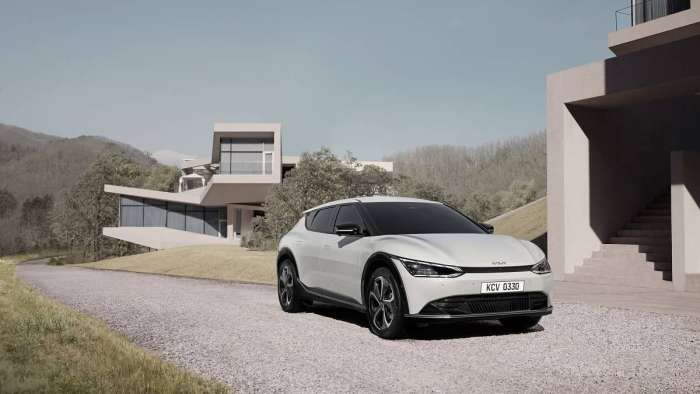 With the first photos of the KIA EV6, the South Korean carmaker KIA released a preview of the brand's first vehicle designed exclusively for battery operation (BEV). In the future, this EV will not only set the direction for the brand's regular EVs in terms of design and performance, but also for future performance electric vehicles from KIA.
Advertisement

KIA EV6 is especially important for the brand's future performance electric vehicle because the brand will offer more performance-oriented GT models in its electric car range in the future, according to Artur Martins, Head of the Global Brand and Customer Experience Division at KIA. I think in this regard Kia will compete with Tesla in a different way and have a fighting chance to win. I mean in GT EV models.

With the EV6, buyers can choose between several fully electric, emission-free drive configurations, including two battery variants for the long-distance version (77.4 kWh) and the model with standard range (58 kWh), writes Sebastian in Electroauto-News. The EV6 GT Line is offered with both battery variants, the GT version as the top model only with the more powerful battery. The Korean brand has adopted the sporty GT name for the EV6 GT from its range of internal combustion engine cars, previously used on the large Stinger hatchback and the five-door family car Ceed.

Martins indicated to Auto Express that KIA intends to continue pursuing this strategy in the future. This means that further models with the GT name will also appear in KIA's pure EV product range in the future. “It is important that we have these products and derivatives in our portfolio that have a bit more character and that give the consumer a really exciting experience with e-cars that were seen as boring cars in the past. As you can see on the EV6 GT, they can be a very fun product." 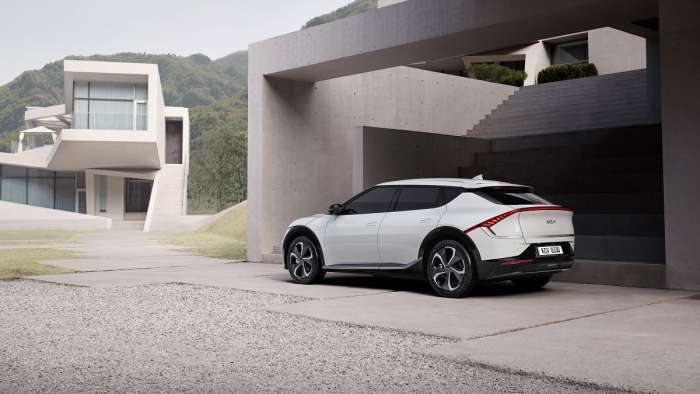 Karim Habib, KIA Head of Global Design Center, supports Martin’s remarks to Auto Express, adding that the consistency of the KIA electric car offering will be critical. “Some of the features and technology that you see [in the EV6] will also be found in other vehicles. A new generation of vehicles is beginning and there will be things that will be the same in all vehicles."

In conclusion, he added that there will be obvious differences between E-car models on the E-GMP platform in the future to allow for greater bandwidth. With its growing range of battery-powered models, KIA is aiming for a 6.6 percent share of the global BEV market by 2025. Worldwide annual sales of KIA electric vehicles are expected to increase to 500,000 units by 2026. 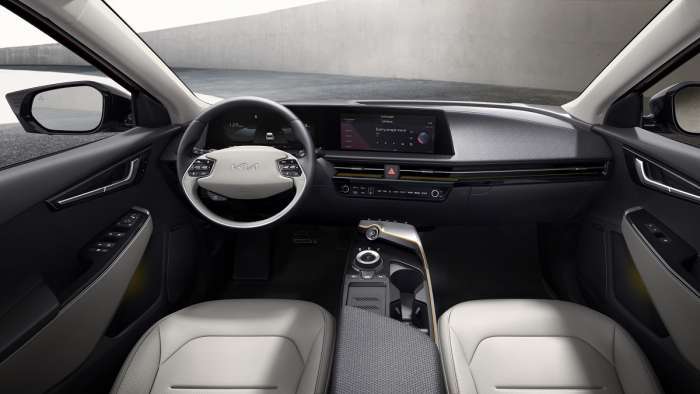 Do you think KIA will eventually partner with Apple, to build Apple's electric cars?

KIA EV6 GT will have to compete against McLaren, Porsche, Lamborghini and so on. I think it should do really with with Ariya e4orce Performance from Nissan or the new Hyundai IONIQ 5. But again, a new technology is only introduced if it is better and more exceiting than the old one and the customers with the most purchasing power have no disadvantages and something else, you want to be seen with an EV and not with a converted combustion engine

P.S. The British division of KIA announced that to date (April 19), the company has received more than 1,000 pre-reservations for the all-new EV6 model in the UK. This is a sizeable number, considering a single country.