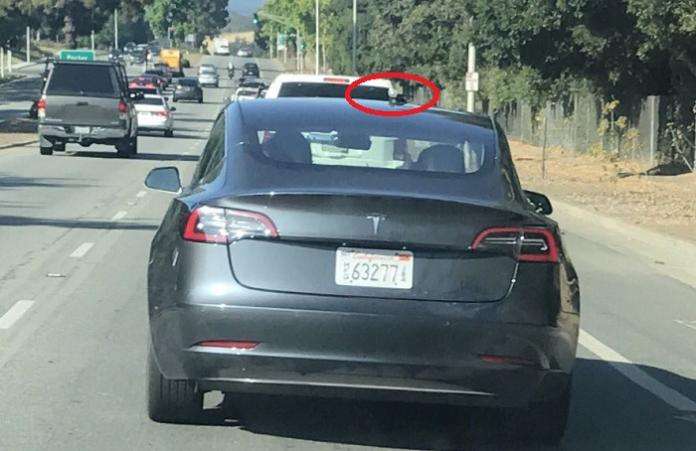 I don't think we have seen a gray color Tesla Model 3 so far. Here is one spotted yesterday near the headquarters, but what is it on the top, a camera?
Advertisement

Thanks to Twitter user Brian Armer, who spotted this Gray Tesla Model 3 not too far from the Fremont HQ and shared it on Twitter. He graciously allowed TorqueNews to share with our readers.

But note that there is a camera on the top the Model 3. It looks like a temporary one. However, the question is what's the purpose? Is it to improve the autopilot? Are the testings still continuing this is why Tesla moves carefully with Model 3 production only producing 30 cars this month? Your comments are welcome.

As you may have already learned Tesla intends to recruit a total of 1,300 technical specialists and open 100 new centers for servicing cars around the world. In addition, the automaker promises to expand the fleet of visiting repair vans by increasing them by 350 pieces.

Currently, according to USA Today, there are 150 official Tesla service centers in the US, Canada, a number of EU countries, China, Jordan, Australia and several other countries, including Russia.

Tesla will benefit in two ways by making this move. First, if something goes wrong with Model 3 vehicles on the road the company will have a large fleet of service centers to quickly serve the Model 3s already delivered to the customers nationwide. If all goes smoothly, it will test and improve Tesla's growing service centers.

Also see Tesla Model 3: What Will Happen On July 28.