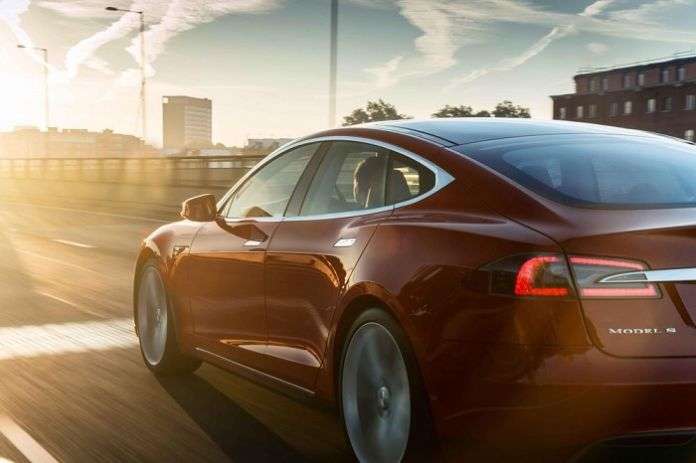 And what will the "green" say, especially in California, ask the reporter of Russian top car news website Automobili. "Although the results of the work of the experts of MIT concern other states, namely, Michigan and the Midwest in general - the main stronghold of the opponents of electric vehicles in the US, the figures obtained should make Californian "electric car" fans bite their elbows, so shocking they turned out," reporter writers.

According to scientists, Tesla Model S for in its life time hrows into the atmosphere more carbon dioxide than the Mitsubishi Mirage. In fact, 2017 Toyota Prius operates 79.4% emission-free in 3rd-party testing.

How can this be?

The answer is very simple. Unlike an internal combustion engine car, operating an electric vehicle, of course, doesn't poison the environment. However, US scientists decided to estimate emissions throughout the life cycle of the car.

For an electric car it starts with the extraction of lithium - the material necessary for the production of high-voltage batteries, and also includes the production of electricity and ends with utilization, where the stumbling block, again - is the high-voltage battery. Needless to say, for cars with ICE, emissions during operation and all technological pollution, including those provided by oil refineries, were also taken into account.

To increase the reliability of the study, scientists decided to attach the study to specific regions, since the share of electricity produced in ecologically clean ways varies greatly in the USA from coast to coast. In particular, in California solar cells have already won a third of the needs of local households, while in the Midwest people continue to burn gas and fuel in the old manner. Actually, even 50 years ago the main raw material for obtaining electricity in the US was coal.

So, the experts came to the conclusion that in the Midwest for its life cycle, the Tesla Model S throws out 226 grams of carbon dioxide per kilometer, BMW 7 - 385 grams, while Mitsubushi Mirage - only 192 grams. At the same time, the authors of the study state that they did not have the desire to blacken electric vehicles, and in regions with other proportions of power generation, the Tesla Model S is still "greener" than Mirage. But the adherents of electric cars do not feel any better from this - for once their own.

Now the American scientists have proved that the electric car is in principle unsafe for the environment.

I wonder what the California regulators will now say now, as they had plans to ban the use of ICE vehicles in the territory of the state. It is important to note that Tesla also responded by commenting that first of all electric vehicles are needed where the problem of air pollution is especially acute.

What do you think? I am an avid EV supporter, but this is a serious study. Perhaps we need to further improve the battery production technologies to build greener batteries. Please let us know your opinions in the comments section below.

Skeptic wrote on November 10, 2017 - 3:25pm Permalink
1st, the study was about CO2 emissions, so calling it pollution isn't really accurate. 2nd, do you count the manufacture of solar cells or the hydroelectric dam, and compare that to the oil drilling and the build/operation of the oil refinery? Do you account for battery recycling to reduce future CO2 emissions, compared to oil which is single use? Selective inclusion/exclusion of factors (which are mostly estimates to begin with) can tip the results either way.
RobSez wrote on November 10, 2017 - 10:27pm Permalink
The first problem is comparing a full-size luxury vehicle with an econobox. The second problem is how much attention was given to the amount of energy used, and CO2 generated, extracting, refining and transporting oil to it's point of use (Well-to-Wheels). Were only refining emissions considered? I didn't see anything about including catalytic converter and battery recycling/disposal for the ICE vehicle. Talk about a dirty business! There is also no adjustment for EV batteries being reused for other applications before recycling. Basically all this study confirms is something everyone already knows. Bigger, heavier vehicles pollute more than smaller, lighter vehicles. There have been multiple studies done that show EVs DO have a higher initial CO2 output that is eventually offset. There is really nothing new here. Finally, the electric grid is getting cleaner. By default, this means EVs like the Tesla are getting cleaner. Burning gasoline and diesel isn't.

LG's New EV Battery Plant Is a Welcome News for Tesla
Tesla Giga Berlin's New Hurdle: It's Not Only the Gov't, but Now Tesla Itself
END_OF_DOCUMENT_TOKEN_TO_BE_REPLACED