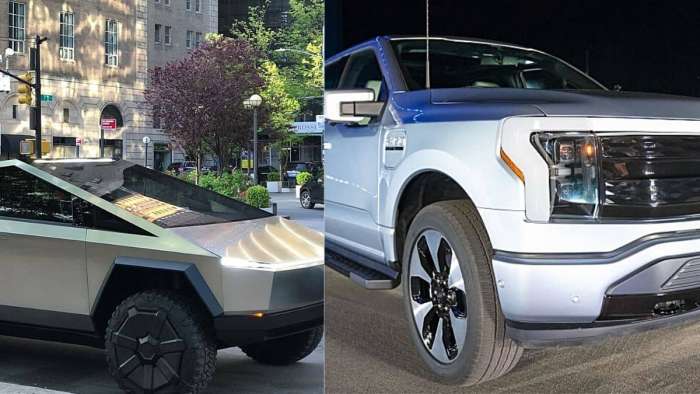 Yesterday when I covered a comparison report between the Tesla Cybertruck and For F-150 Lightning, Torque News contributor Dean McManis provided an interesting feedback, sharing who will be Cybertruck and Ford F-150 Lightning's biggest competition and what his biggest concern is for the Ford's electric pickup truck, that also was a problem for the Toyota RAV4 Prime and Mustang Mach-E. Read Dean's comment below.
Advertisement

The GMC Hummer EV is definitely not competing against the Cybertruck or the base Ford F-150 Lightning, but the upcoming EV Chevy Silverado (announced but not revealed), which definitely will be competing at the lower $40K price point. One thing to remember with the Hummer and Rivian is that they are first delivering top or mid-level configurations, and not the base (RWD, smaller battery) versions.

I agree that 2022 will be the year that all of these models (and more) will finally be available to compare and buy. Until then we can only do a cursory estimate at how we think that they will compare to one another. It is fun to think about, but so much will change in the coming year.

My greatest concern for the F-150 Lightning is dealer price gouging and availability of the new models. This was a real problem with the Toyota RAV4 Prime, and in some areas with the Ford Mach-E, where dealers tacked on thousands in extra fees to profit off of demand.

DeanMcManis wrote on May 21, 2021 - 8:31pm Permalink
The hard part of comparisons with future vehicles is the lack of complete and comparable information. Ford hasn't mentioned the relative sizes or costs of the batteries offered. In typical fashion, they highlight the $40K entry model price, but do not mention that even the $53K, dual motor version only comes with the smaller battery, estimated at 230 EV miles of range. For the 300 mile capability buyers will have to upgrade to the larger, optional, Extended Range battery. Which could be $5K, or even $15K more. So when compared to the Rivian, the comparably equipped Lightning may be priced close to Rivian's $67K R1T due in 2022. And well over the Cybertruck's price.