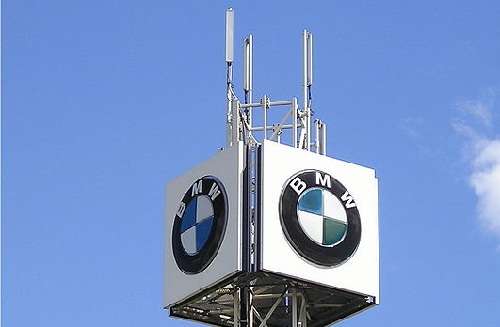 BMW says soon one of every two BMW cars will be made outside Germany and China will decide how many.
Advertisement

The German premium car maker is revising the distribution of its auto production. Now, BMW will start to produce more cars outside its country of origin, namely: Germany.

In an interview to the magazine Automotive News Europe, Frank-Peter Arndt, director of production for BMW, explains that the brand wants to produce one of two cars in the medium term outside Germany. Today, Germany still accounts for 58 percent of BMW's production.

There are eight plans in Germany that make BMWs, its supply parts and a motorcycle plant included. Those eight plans will remain the "backbones" of production, Arndt says. Yet, as sales in China are accelerating the German carmaker expects an increase in production capacity in China. The same applies to the United States. Currently China accounts for fourteen percent of BMW sales. U.S. accounts for 17 percent, as much as the German market. Thus, the increase in the Chinese sales will decide how much of the production will increase in China.

Welcome to the global economy.

Since 2002 the production share of Germany has fallen from 70 percent to 58 percent in 2011. Last year only 62 percent of BMWs were made in Germany. Based on the company's plans in China it will shift further toward 50-50 and beyond.

Already installed in India and South Africa, BMW is also considering installing a factory in Brazil, a market that has become crucial to automakers. This strategy would allow BMW to bring production closer to its customers. It will also help to counteract the fluctuations in exchange rates and more easily adapt its designs to local needs.

The German group, which sells two million cars a year, plans to invest two billion euros in its German plants for the next two years. In terms of investments for 2013 and 2014, decisions will be made soon, says production manager.

Having said this, it appears that most of the innovation will still come from the German production. Recently in Frankfurt BMW unveiled its futuristic i3 and i8 concepts, which it also brings to the LA Auto Show. The company few days ago announced that it will make BMW i3 and BMW i8 models in its Leipzig plant in Germany. This investment will create 800 vacancies in BMW's Leipzig plant. The automaker has not said if it plans to make any i3 or i8 models outside Germany.

honda cars wrote on November 15, 2011 - 1:08am Permalink
Wow this is so nice that a China to decide how many BMW cars will be made in Germany and i am so happy that you share this information to all.
Unified Sport wrote on November 24, 2011 - 6:04am Permalink
Yes you are right I am also happy to see China's sales are so deciding in BMW's decision making.