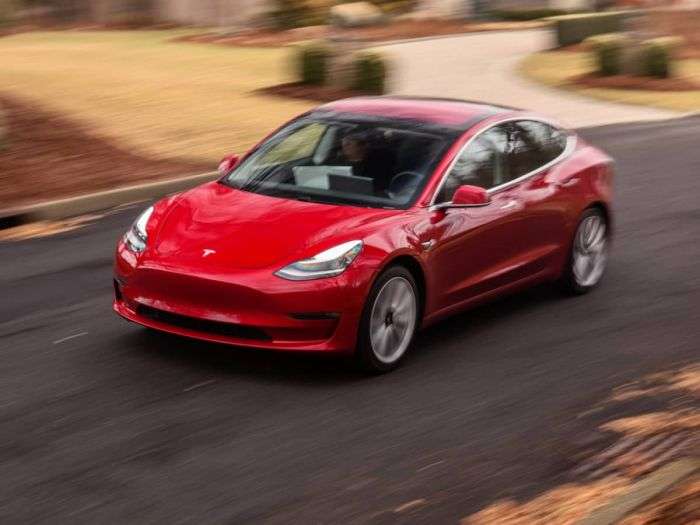 Let's say you are a middle class family and need to decide between the Chevy Volt and Tesla Model S, how do you make the decision? I am not even talking about Tesla Model 3 as we haven't yet seen the the $35,000 price. Thus, it's not for the middle class.
Advertisement

Yesterday Jeff Spross published a story in The Week called saying the middle class doesn't need Teslas. It needs Chevy Volts. Do you agree with it or no? The topic created an active debate at GM Electric Vehicle Owners Group on Facebook. Joe Real agrees with Spross' opinion. Here is what Real writes. Do you agree with him? See his thoughts below.

For the moment I agree. The Chevy Volt 2017 and 2018 is cheaper to drive long distances than a Tesla Model 3.

For home owners, you'll have no problem as electricity is always cheaper than gasoline at off-peak rates and you charge while you sleep. However, it will bite your wallet if you are just using a pure electric car and you decide to take a long distance trip with it and have to recharge from commercial stations.

That brings us to the Chevy Volt, and you can seamlessly switch over to cheaper fuel on very long distances. It is still faster to "recharge" the Volt without having to plan your very long trips around charging stations.

Until the prices of electricity from charging stations be as cheap as your off-peak rates at home and the charging stations are ubiquitous, the EREV concept like that of the Chevy Volt with at least 50 miles of battery range would be perfect as your primary vehicle, and it will be for a very long time.

kent beuchert wrote on May 25, 2018 - 8:45am Permalink
Tesla charging stations are monopolies whereas universal standard CCS charging stations are open and non-proprietary and will vastly outnumber the sparsely located Tesla Supercharger stations. Competition amongst closely co-located CCS stations will guarantee low prices
VFanRJ wrote on May 27, 2018 - 11:11pm Permalink
The whole just enough battery to cover 90% of your driving needs continues to evade the mind's of would be consumers. Rather, it's BEVs or bust. Too bad because with me the engineering approach taken with the Volt is around 300 mpg over the past 31k miles. That turns out to be very little petrol/Co2.
Matt wrote on June 5, 2018 - 12:53pm Permalink
While this article is correct in its conclusion, it seems crazy to compare a $33,000 compact car to a car that starts at $75,000 in terms of suitability for the middle class. That's like asking whether a Chevy Malibu is a better choice for the middle class than a Mercedes S-Class. Yes. It is. Even though the Tesla Model 3 isn't yet available in the base trims, the higher optioned cars around $50,000 would still be a better comparison than a $75,000-$100,000 Model S. Finally, why does the test case involve long distance trips. The average middle class family needs their car to get them back and forth to work, school, and activities. Yes, there is the occasional need for a long trip for a vacation or out of state tournament or something, but most days can be completely covered in under 53 miles, so comparing the cost for a long trip only has an effect about 10% of the time... Tesla estimates that their drivers will save $5,500 in fuel costs over 5 years of ownership compared to a gas vehicle. I imagine the number is similar for most commuters that regularly charge a Volt. So the Volt is maybe $24,000 after tax credits and whatever bargain you can get at the Chevy dealer, and below $20,000 when you deduct the gas savings. A base Tesla Model S is about $63,000 after fuel savings and tax credits are accounted for for total cost of operation over 5 years. So yes, a Chevy Volt is a far better car for the middle class, but not because of the cost of fuel. It's better because it's an affordable car.
Matthew wrote on August 14, 2018 - 10:02pm Permalink
If you are going for finest contents like I do, only pay a visit this web page all the time as it provides feature contents, thanks