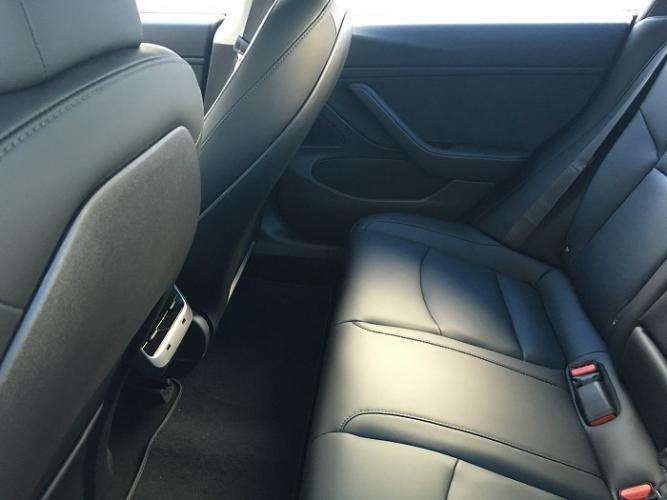 Imgur user Raj Khaitan has shared some never-seen-before pictures of Tesla Model 3 interior, which also includes the back seat. Let us know what you think about the legroom in the back.
Advertisement

These pictures just surfaced about 7 hours ago and provide a very fresh look at the Tesla Model 3's interior, including the backseat. I don't think there is anything left to reveal about the interior. Do you?

I am following some discussions about these pictures and many people write they hope the leg room is bigger than what it shows in the picture. Someone, who is apparently a parent, was concerned about fitting a rear facing car seat without squeezing the driver. "It better be able to fit a rear facing car seat without cramping the front seats leg room," writes one user in this discussion on Reddit. Another person jockingly says the middle seat may have more legroom than anyone else in the car.

Other people say they don't care much about the legroom as most of them will drive the car and not have rear seat passengers often. 'I don't know if I could possibly care less about rear leg room, since I will never sit back there," comments another person in that discussion.

There is an interesting comparison between the rear seats of Model S and Model 3. One member in the discussion who seems very familiar with the rear seat of Model S, writes that he is not to enthusiastic about the roomier Model S rear seat and if Model 3 is less roomier then it changes the purpose of the car. "The back seat experience in the S is roomier, but still not great. The seat angle pitches the back passenger forward and the leg angle is pitched up, almost like you're crouching. If it's the same experience with less room? Then it's pretty much for kids or small trips around town," that user writes.

Other enthusiasts compare Tesla Model 3's rear seat with that of Chevy Bolt and hope this is better. Of course it should be better because the price is higher. "It can't be any worse than my 2017 Volt it's like a shoebox back there," writes one person comforting himself with the fact that he will be the single driver of his Model 3.

"If you look at the photo the steering wheel is quite forward of the driver's seat. In normal position for most people the steering wheel will be above the front edge of the seat at least if not more. So to me there is another 6 inches to play with unless you are a giant," observes another person who closely watched these rare interior images of Tesla Model 3.

If you are kind of underwhelmed you are not alone. Do you remember this tweet by Elon Musk writing that the real steering controls look like spaceship?

@HBL_Cosmin Wait until you see the real steering controls and system for the 3. It feels like a spaceship. 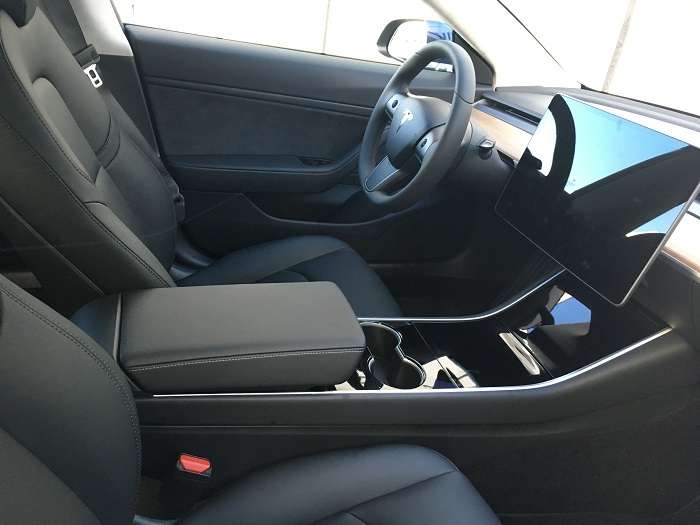 I wish there were more images of the trunk area.

If Nissan Leaf's backseat has more legroom than Model 3, then the new Leaf has a big chance here to compete with a car, which is somewhat compared with iPhone of the car industry.

LG's New EV Battery Plant Is a Welcome News for Tesla
Tesla Giga Berlin's New Hurdle: It's Not Only the Gov't, but Now Tesla Itself
END_OF_DOCUMENT_TOKEN_TO_BE_REPLACED