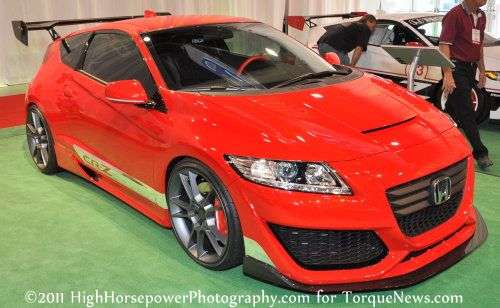 Automakers say their Japanese plants are operating at only 50 percent of their usual pace, as the country is struggling to recover from March 11, implying the situation will create a worldwide shortage of Japanese cars.
Advertisement

The automotive sector has not yet recovered from the Japanese disaster. Toyota might even lose his crown of world's largest automaker, in favor of General Motors. Another blow, Nissan was forced to recall 196,000 vehicles. Those were Pathfinder models built between 1996 and 2004 and the Infiniti QX4 sold between 1997 and 2003 in North America. The U.S. road safety authorities have issued a statement saying Nissan problems could lead to accidents.

This week, the eight major Japanese automakers have released their figures for vehicle production for the month of March in Japan. Seven of them reported a decline in production by more than 50% over the same month last year. If one combines the figures the conclusion is that the Japanese eight top car-makers have made 387,567 vehicles in March 2011. This is 57.5 percent lower than the output in March 2010.

The only best performer is Mitsubishi. It has declined only by 25.7 percent.

The earthquake and tsunami ravaged the northeast Japan. While the region does not have many car assembly plants, it is a hotspot for manufacturing of auto parts. In some cases the absence of one or two pieces may lead to the closure of the entire assembly line.

The impact of this slowdown has been felt worldwide. The activities of other factories, located outside the impacted region, has been also interrupted due to the shortage of required auto parts. The manufacturers have indicated that this shortage will continue, causing a decline in automobile production in April and beyond.

For consumers, this means it will be difficult to buy Japanese cars. The difficulty will be felt soon and will apply to brands such as Toyota, Mitsubishi, Honda, Nissan, Suzuki, Mazda, Daihatsu and Fuji Heavy Industries. These Japanese car makers will probably lose out to those foreign competitors that have not been affected by March 11 weather.