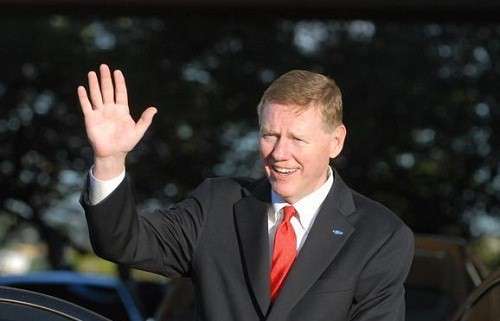 The news may catch some by surprise. While the president's job approval rate is falling because of the gloomy economy, Ford Motor Company is looking forward to a brighter future.

Keep in mind, though, the prospects for the global sales are still uncertain for the auto industry,as the Dearborn, Michigan-based group aims to produce eight million cars per year in the short term.

According to NY Times Ford's CEO Alan Mulally will speak to investors this afternoon at 1 PM Eastern Time to announce the company's aggressive growth targets. He is expected to announce that that Ford will sell 8 million cars a year by around 2015 from its current 5.3 million vehicles a year. The numbers refer to the company's world-wide sales. For comparison, Toyota sales 8.42 cars a year. The target growth plan will increase the company by half.

During the latest economic recession, Ford did not have to place itself under the Chapter 11 bankruptcy protection. Instead Ford positioned itself to aggressively grow in the Asia Pacific markets. Now, Ford Fiesta and Ford Focus are positioned well for the global platform that demands small cars with better mileage per gallon (MPG). Ford can now expect to massively attack markets like China and india. The company especially plans to commercialize eight modles in India by mid-decade and fifteen in China.

Earlier this year, CEO Mulally told The Tribune Media at the Detroit Auto Show that the company plans to produce 2 million Ford Focus cars in 2012. These models are planned to be produced in Valencia (Spain), Saarluis (Germany) in two U.S. plants, in China and Thailand. The group, which had accumulated losses of 30 billion dollars between 2006 and 2008, came out of the red in 2009.

GM and Chrysler, which are the top two hometown competitors had to receive considerable financial help from the U.S. government to survive and sought bankruptcy protection. Ford adopted a different strategy. It strengthened its position globally - particularly in South Easter Asia - borrowed 23 billion dollars by mortgaging its assets and got rid of Volvo and Jaguar to focus on its core brand.

In December of 2007 Ford told a group of 250 journalists about how it was going to bet on small cars. There was some skepticism then as some of the reporter colleagues thought the fuel efficiency targets were not aggressive enough. It was also questionable whether the American consumers would buy small cars. For the record, Ford was always encouraged by its European sales of small cars.

Looking back, one can see that the strategy has paid off. The new lineup of smaller and fuel-efficient models has indeed helped Ford to increase its sales, set new aggressive targets for global auto sales and helped the company to make 6.6 billion dollars of profit in 2010. The company also increased its market share.