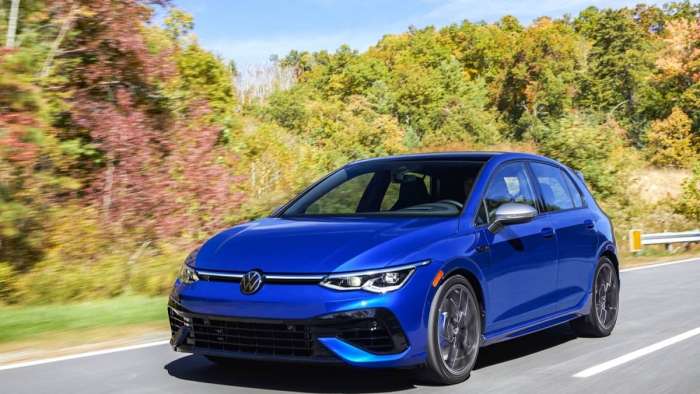 The R within the Golf family is the ultimate version, like the Z06 for the Chevrolet Corvette, the Shelby 500 for the Ford Mustang, etc. And this year, with now 315 horsepower under the hood, more than ever, the word ultimate takes on its full meaning, as does the presence of four-wheel drive. This may be the last Golf R before VW presents an electric version.
Advertisement

The new generation of the Volkswagen Golf is now well established. Since VW has stopped selling some other GT-related variants GTI and the R as the only versions America will get. Traditionally, the Golf R is at the top of the sports range.

As I mentioned, Volkswagen only offers the Golf R and the Golf GTI in the United States. The MSRP of the Golf R is $44,090, while the MSRP of the Golf GTI is only $29,880. Golf R is only offered as one model. But that model is fully loaded. I mean, it's one trim. but if you pay $800 extra you can get the optional seven-speed dual-clutch automatic version. Torque News was reviewing the six-speed manual and we love it.

The new Golf R and the new GTI have nearly identical interiors and similar modern technology. it's just the 2022 Golf R has more power, extra driving modes, standard 4Motion AWD and some exclusive equipment. There is an exterior design differences as well. Those can be easily identified.

The interior knows how to perfectly balance sporty style with technology and comfort . Yes, the steering wheel and the seats reveal that it is an authentic hot hatch, however, comfort is present at all times. 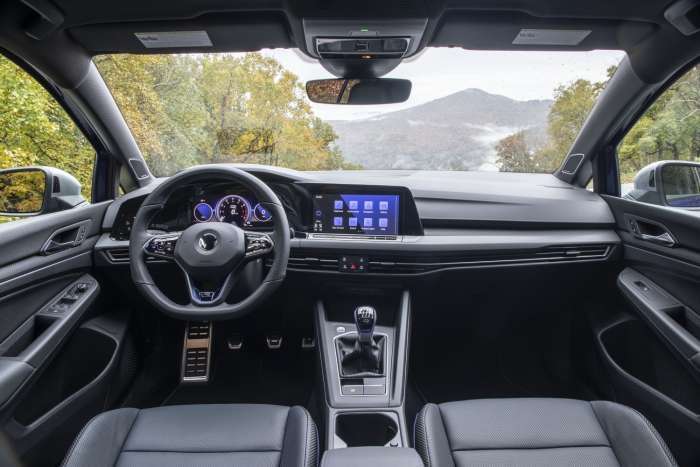 The Golf R got a facelift for 2022, all as part of the birth of the eighth generation of Volkswagen's popular compact. Some reviewers in the automotive industry think that this may be the final lap for the Golf R because there is a tendency of the automotive buyers favoring SUVs vs sedans and hatchbacks. But it is mainly because of the advent of EVs that I advance this possibility. In my opinion the next Golf may well be all-electric.

We'll see what's in store for us, but all this makes the transition to this new version from the 2019 model all the more special, precisely because we don't know the future and we don't know i the next version going to be an EV.

Let's savor the moment. Here is what this new R has in store for us, which Torque News is reviewing in the streets of Charlotte, NC.

The Volkswagen Golf has that kind of design where permissions aren't too allowed. A bit like with a Porsche 911, you have to respect tradition. You have to have a respect for a model that ranks third among the best-selling models in history.

The style of the R version of the Golf is therefore evolving, but we are swimming in familiar territory. Here we have new headlights, lights, rims and logos, but the same easily recognizable nice face. And this distinction is notably due to the presence of bumpers unique to the model, four exhaust tips, a spoiler perched at the rear and unique 19-inch wheels. 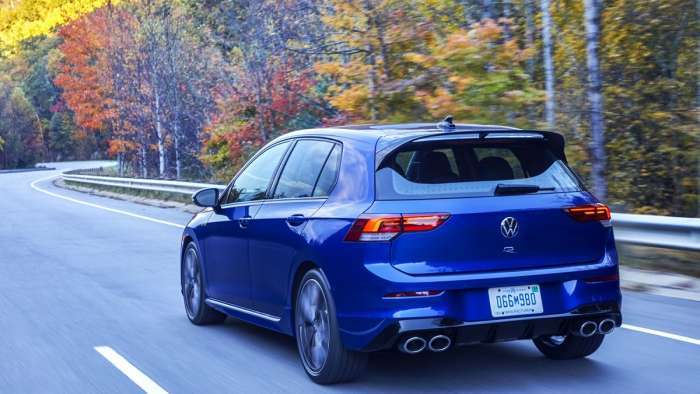 Visually, the Golf R opts for slightly less exuberant styling than, for example, the GTI Clubsport, but for connoisseurs the R is a car that immediately catches the eye. That does not change with this new generation. Just like the GTI Clubsport, it gets a deeper front bumper and adds a prominent R logo on the grille.

Inside, there are firm sports seats mounted quite high. The gear lever is rather small, which falls really well in the hand. What's handy is that the Golf R has an "R" button on the steering wheel, so you don't have to search for a button on the center console to change driving modes.

The 2022 Golf R is offered in four driving modes: Race, Comfort, Sport and Individual. Push the R button on the steering wheel to change your driving mode.

The infotainment system is located in the center of the dashboard and is touchscreen. Just like the Golf GTI it has 10.0-inch size.

No Other Trims, Only One Golf R Version

As I wrote above, the VW Golf R is only available in one single trim, in an all-inclusive formula. Consequently, the interior benefits from heated and ventilated front seats, a three-zone climate control system, a Harman/Kardon audio system, wireless cellphone charging, navigation, a heated steering wheel, auto-dimming rear-view mirror, ambient lighting (30 colors) and head-up display, among others.

What is less appealing, at least when you get to know the model, is the abundance of touch controls. The approach is as fashionable as it is polarizing, as younger people tend to embrace it, older people reject it. I fall somewhere between the two. It will take you some time to familiarize yourself with the touch-screen infotainment system. 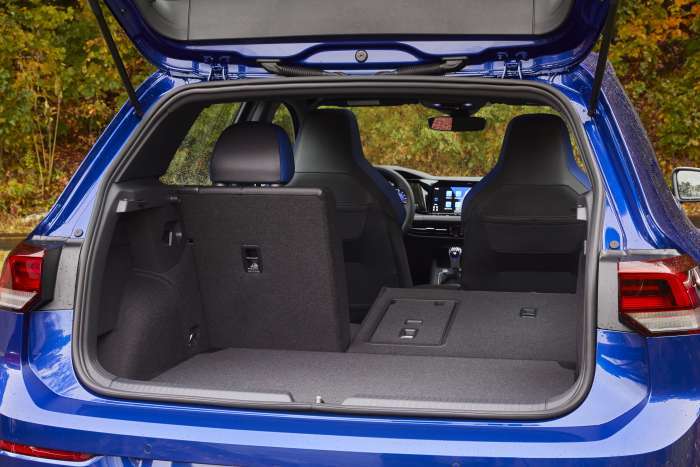 The power of the Golf R is traditionally sent to all four wheels, but for this new generation, Volkswagen has made some adjustments. It is not only distributed between the front and rear wheels, but also between the rear wheels separately, thanks to torque vectoring.

According to data from Cars US News, this is one of the most anticipated models of its assembler for having had a 3-year break to be able to be renewed and thus join the automotive market with a much higher level in its technology and general composition.

Beyond offering more power, the most in Golf history, this hot hatch feels much more planted to the asphalt than before. When it comes to speeding down twisty roads, this Golf feels like it's running on rails or guided by cables from the roof.

This impression of "going glued to the ground" that the Golf R gives is due to the fact that the new four-wheel drive system is accompanied by a 20 mm lower body, the reforms in the suspension system and the integration of the vehicle dynamics system that controls the electronic differential lock and the lateral dynamics of the adaptive damping system.

The VW Golf R is not a sports car that suffers from driving on a day-to-day basis. This is due to the perpetual harshness of the suspension, which, in large part, is due to the adaptive suspension that is adjusted in each of the driving modes.

The steering is precise, surgical. Braking is obviously biting. One more point that characterizes this Golf is that it is one of the few sports models that are offered with a manual gearbox, so the driving experience is more extraordinary.

This vehicle can have a great career, but for how long? The response of the public will have an impact on the thing, but also the electric turn that comes to upset the established order. If the manual Golf R is on your list, consider taking action sooner rather than later.