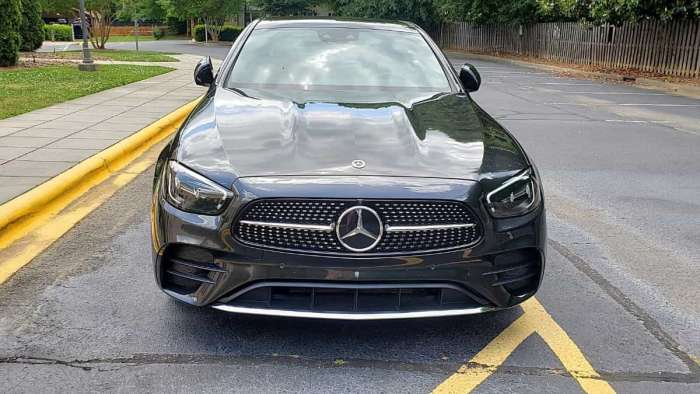 The E-Class is the most popular Mercedes-Benz model ever. The current tenth generation E-Class recently underwent a major update. I tested the 2021 Mercedes E450 4MATIC sedan for seven days and was enthusiastic - apart from a few difficulties in operation.
Advertisement

The smell of quality is felt in the environment when you get in a car like the Mercedes Benz E450,which we I tested this week at Torque News. It has elegance, many good accessories and great components. The 4MATIC has many features, and is a perfect blend between an SUV and a Sedan (this is why I said "for SUV lovers in the title): it has the handling of an urban car but with the load and comfort capacity of a sport utility vehicle.

The E-Class sedan had a facelift for the 2021 model. Among the changes, we note a revised design: namely a new grille and a redesigned rear part to better illustrate the new image of the manufacturer. The MBUX multimedia system is finally integrated into the model, as well as a steering wheel now incorporating suspension, engine and gearbox settings. Mercedes is also using a more efficient engines, replacing the previous V6 engines.

The E450 is powered by the same turbo inline-6 engine, that replaces the previous V6 with the same power. The 3.0L Inline-6 that powers the GLE450 and GLS450, is also equipped with EQ Boost technology, and offers a combined cavalry of 362 horsepower with 369 lb-ft of Torque. The 2021 Mercedes E450 is also mated to a nine-speed automatic transmission. 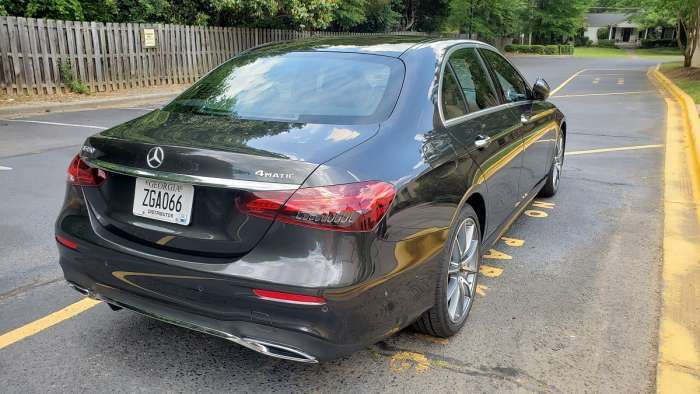 The E-Class is the most versatile model series from Mercedes. You can currently get an E-Class as a sedan, station wagon, coupé or convertible. Within these body variants there are various engines and equipment options, including several AMG variants (AMG is the high-performance subsidiary of Mercedes-Benz). Since the E-Class is used in a variety of ways, from taxis to luxury limousines, designers have to be very careful to get everything right. The trick is to address as many buyers as possible so as not to alienate anyone.

The E450 4MATIC (four-wheel-drive system) sedan that I was test-driving this week is comparable to the E-Class family as a whole, which fits into the middle of the Mercedes product range. According to the manufacturer's price list, the EU version is available from 66,500 euros. My vehicle's sticker came with a $62,000 MSRP, but can go up to $75,000 with depending on the paint and upholstery and with all the optional equipment and value added packages. Pricewise the E450 lies between the E350 and the Mercedes-AMG E53.

As already mentioned, the 2021 Mercedes E450 gets the new M256 engine: a 3.0-liter in-line six-cylinder with a turbocharger. This engine also has an integrated starter generator, i.e. a 48-volt electrical system that is connected between the engine and the transmission and provides the EQ boost. This function supplies the gas engine with brief power surges when required, which leads to speed surges or allows the car to “glide” without the engine running. The gas consumption is an 26 MPG with 23/30 city/highway.

This vehicle is a long distance runner. With a full tank it will go about 522 miles. If you are taking long trips you don't have to make frequent stops thanks to its long range. I think the MPG was identical to EPA estimates.

The E450 provides a very good acoustic comfort in the interior. This includes additional insulation on windows and windshield as well as more sound and heat absorbing materials. As a result, the car drives very smoothly with a sense of "tranquility of an old library," notes the Business Insider's German edition. 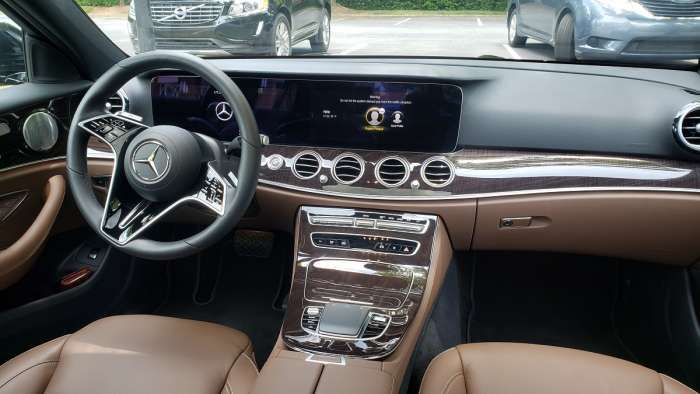 I particularly liked the two displays in the interior. When the sun is blinding, it happens in many cars that the displays are no longer easy to read. That was not the case with these high-contrast screens. With their long, flat design, they are also well integrated into the dashboard so that the front passenger can also read the information.

Thanks to the EQ boost, the E450 has a healthy performance in the lower speed range. You only hear a soft murmuring from the engine as you drive. This is because the cabin is heavily insulated. And despite everything, you never heard more than a polite purr from the engine in the heavily insulated cabin. Even switching was fluid and barely noticeable.

Driving the E450 was one thing, using its infotainment system was quite another. I read in other reviews of the E450 that some reporters find the infotainment system a little complicated. I personally liked it and thought it was OK. The steering wheel is equipped with a lot of buttons, which also control many menus in the driver information system. Some people may find it too many. You can adjust the volume and speed of the cruise control by swiping the touchpad on the steering wheel. Getting the system registering your movement takes some getting used to. 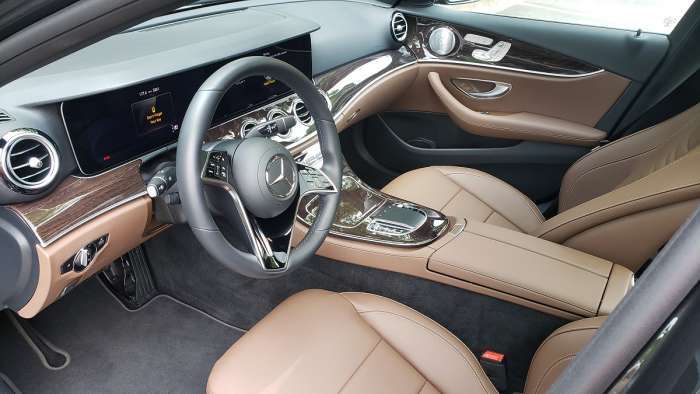 My overall impression is that I like this vehicle a lot. Brakes don't grip too hard. The transmission really shifts like butter. The power delivery is smooth and linear. A soundproofed interior suppresses the worst traffic noises. Comfortable seats can be adjusted in many different ways.

Among comparable BMWs, Porsches or Audis that I've driven, I've always had the impression that Mercedes tends more towards luxury - especially in the non-AMG version.

In short, we are talking about a very good car that goes there with a strong plea in favor of the mid-size sedan.I loved the engine, driving focused on great comfort and the screens for the gauges and the multimedia system. The only thing I critique is the complexity of the multimedia system. But you get quickly used to. 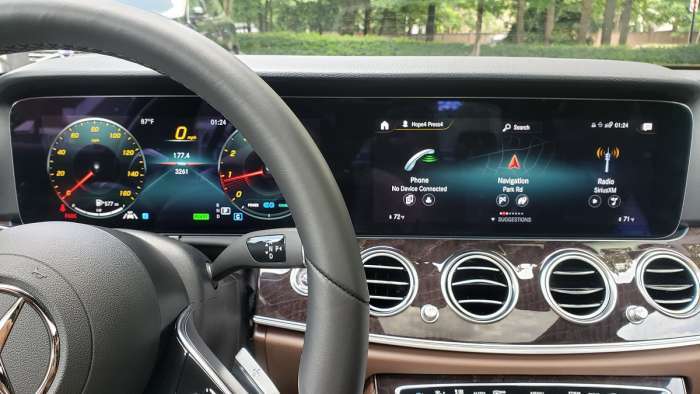 The main competitors of the E450 are: