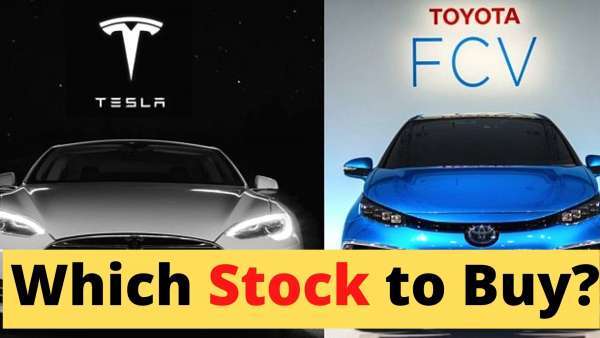 Toyota vs Tesla: Which Stock To Buy These Days

Let's see how one of the world's largest automakers, Toyota Motor, compares with number one electric car startup, Tesla when it comes to the stock purchase.This analysis is translated from The Motley Fool Germany.

To get a feel for the size difference between Toyota and Tesla, let's take a look at the current and forecast production capacities of the two companies. Toyota sells more than 10 million cars each year, although the number will be a little smaller in 2020 due to the pandemic. For comparison: Tesla sold 0.5 million cars last year. So Toyota sold almost 20 times more cars than Tesla last year.

Tesla is focused on increasing its manufacturing capacity and is planning new plants in Berlin and Texas. If Tesla increases its deliveries by an average of 50% per year, as the company hopes, it could reach around 2.5 million cars by 2024. That's about a quarter of Toyota's current capacity. That would certainly be a commendable achievement for Tesla, considering that Toyota is an 84-year-old company.

Tesla is a leader in the electric vehicle segment.

When it comes to sales of electric vehicles, Tesla wins big. While all sales are from Tesla EVs, Toyota only sold 3,346 fully electric vehicles in 2020. However, the company plans to increase the number of its EV models from four to 15 by 2025. Toyota also sold 48,513 plug-in hybrid electric vehicles (PHEVs) last year.

So while Tesla is working on increasing its production numbers, Toyota has some catching up to do on the electric front.

Tesla is working hard to improve its full self-driving (FSD) capabilities. The company and CEO Elon Musk often talk about the progress the company is making in this area. Last quarter, the company indicated that its vision-based autonomous system, which does not depend on radar or lidar technology, is "almost ready" for the US market. The company is already selling its FSD function as a chargeable upgrade and making software updates available to its customers "over-the-air".

It is noteworthy that Tesla's FSD function is nowhere near full autonomy and it could be years before then. The currently offered function of the company is currently only at level 2 of the autonomy. But with every improvement, the function should become more useful and valuable for the driver.

In contrast, Toyota is not as loud and open when it comes to autonomous driving. But that doesn't mean the company is far behind. The company works on the further development of automated driving technologies through its Toyota Research Institute in the USA and Japan. It also recently partnered with Aurora for self-driving technologies.

Toyota launched level 2 autonomous vehicles in Japan back in April and plans to launch them in the United States in the fall. Just like Tesla, Toyota also offers software updates for these models via the air interface. So it may be that Toyota will soon catch up with Tesla when it comes to autonomous driving.

While Tesla gets a lot of attention for its advanced driving functions, they are not really more advanced than Toyota's at the moment. If Tesla has the potential to achieve full autonomy, so does Toyota. Toyota stock has outperformed the broader market over the past 10 and 20 year periods, despite the fact that the company is undoubtedly one of the top automakers in the world.

Toyota stock price does not appear to fully capture the company's solid performance and growth over the years. The stock also offers a more than modest return of around 2.4%. By comparison, Tesla's share price already reflects a lot of optimism about the company's future. Of the two, Toyota stock looks more attractive right now.