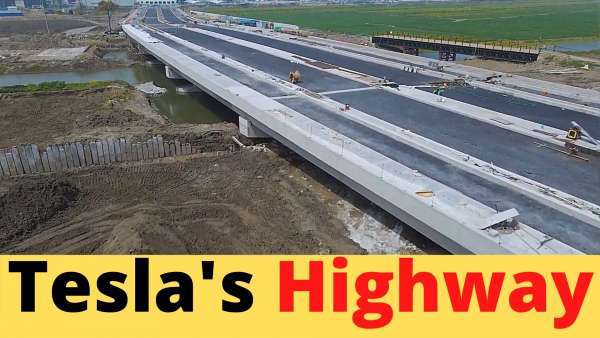 Giga Shanghai is expanding and Tesla is building a huge highway to meet the expansion need.

Torque News friend WU WA, who has been providing reliable video updates about Tesla Giga Shanghai and its expansion, shared this video today showing the eastern extension of the road, which looks like a large highway with sidewalks and bicycle lanes.

WU WA says the extension of this road on the eastern side of Tesla's Shanghai Gigafactory is still under intensive construction. But the current focus of the construction is on the bridge part.

He also notes that the bulldozers and excavators have been driven to the new site work in the south.

"If the new factory in the south is to be built as a factory for Model 2, then this land will not be a site for building Model 2, but a special parking lot," WU WA think, also rhetorically asking the viewers.

In February of this year, we learned that Tesla will increase the annual production capacity of its Shanghai Ggigafactory from 250,000 vehicles to 450,000 this year, as locally manufactured sedans and multi-segment vehicles gain popularity in China and abroad, the company said on the 28th. January the American automaker.

China is one of the largest Tesla markets in the world. Data from the China Passenger Vehicle Association showed that 137,459 Model 3 sedans made in China were sold last year, topping the list of most popular electric cars in the world's largest vehicle market. new energy. Those sales helped Tesla's global deliveries in 2020 to reach 500,000 units, up 36% annually, despite COVID-19 hampering production and sales for many established automakers, including Volkswagen and GM.

Besides the Shanghai plant, Tesla is also working on capacity building in Berlin and Texas, which are expected to start production this year.

Also, check out Torque News Tesla reporter Daniel Cappo's recent story about Tesla incentives and how the price may drop significantly with those incentives. It's titled: Tesla’s Planned $25k Car Could End Up Being Half That Price When Incentives Kick In.