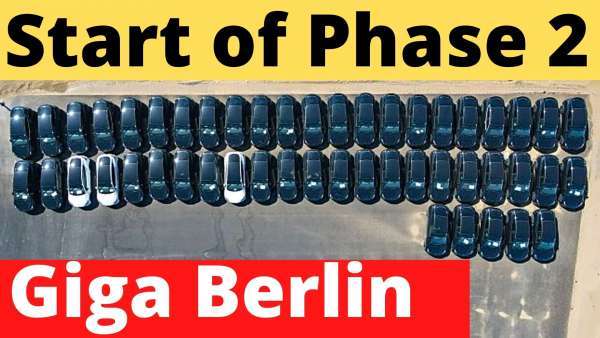 Tesla Is Expanding Giga Berlin on a New 250 Acre Land

According to RBB information, Tesla is planning to expand its area in the east of Giga Berlin by around 100 hectares. However, the development plan (B plan) for this area must be changed for this. The US electric car manufacturer Tesla has now submitted an application, as the mayor of Grünheide, Arne Christiani (independent), confirmed: "The municipality of Grünheide has submitted an application to initiate a B plan procedure in the immediate vicinity of the current 300 hectares get a big B plan."

The development plan is a statute that is determined by the municipal council. It regulates what can be built on a single piece of land. The legislator has laid down how the development plan procedure is to be carried out in the Building Code (BauGB).

As early as Thursday, June 2nd, the main committee of the municipality of Grünheide should deal with Tesla Giga Berlin's application. Christiani said he sees this as the starting signal for a B-plan process. "During this process, it will become clear whether all the issues that are relevant in such a B-plan process correspond to the wishes of the community representatives," said the mayor.

According to Christiani, it assumes that the majority of the main committee members of the municipal council will recommend initiating the development plan process. He does not expect the result of the weighing process and a possible resolution on the articles of association to be reached in just under a year at the earliest.