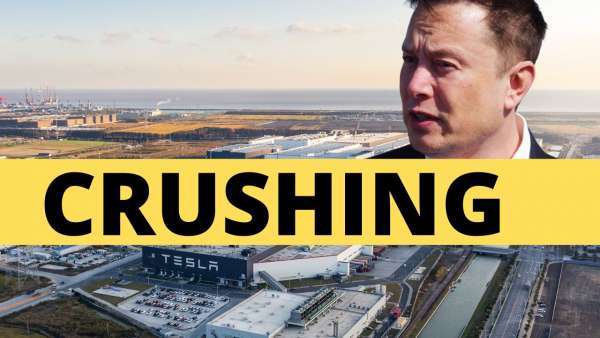 The speed with which Tesla scales its production and deliveries of electric vehicles is very impressive. Those Tesla competitors that are being displaced will probably continue to shrink, unless they take successful measures. Can they get back Tesla customers?

Thus, new data from Experian has revealed that Tesla is dominating the United States’ luxury vehicle sector. Tesla’s new vehicle registrations in the US grew 61% in the first half of 2022, allowing the electric vehicle maker to handily beat veteran rivals such as BMW and Lexus in overall sales, not just in the EV segment.

Robby DeGraff, industry analyst at AutoPacific, noted that while Tesla’s dominance is expected, the rise of electric vehicles from other automakers is an encouraging sign. “Tesla’s growth is expected, but what’s more exciting to see is the fiery jump in sales for legacy automakers that have introduced new EVs onto the scene only recently,” DeGraff said, according to Automotive News.

What we need to keep in mind, is that the distinction is between EVs and ICE vehicles- not so much Tesla. The demand is high and all the EV manufacturers sell everything they can produce. Tesla is 18 months ahead of everybody else in production volume capacity. What is being displaced are ICE vehicles and I doubt if EV buyers will ever go back to them.

Tesla Contemplates A New Strategy for China Retail even As Sales Boom
Jay Leno on Elon Musk & EVs: “I Think He Should Get ... Credit"
END_OF_DOCUMENT_TOKEN_TO_BE_REPLACED