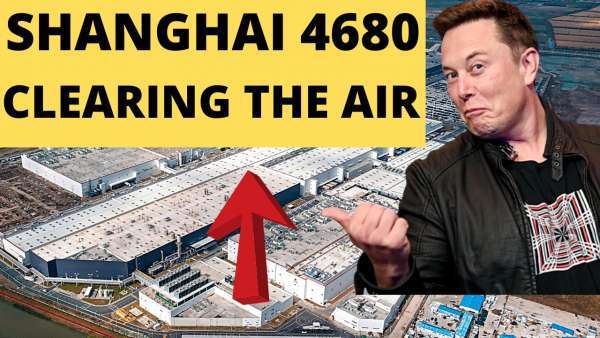 Tesla China has made an announcement, cleared the air and updated the status of Giga Shanghai's vehicles with 4680 Tesla battery.

1. Tesla models made in China currently do not use 4680 batteries in Plans for any new model batteries within. No matter what kind of battery is used, the products we provide to customers can meet Tesla’s strict product requirements and well meet vehicle performance indicators such as safety, battery life, and acceleration.

2. The recent hype by some individuals and self-media about “Tesla is about to change its model” is completely a rumor that deliberately misleads consumers. I hope everyone can provide us with clues, and we will hold the rumor-mongers accountable.

At the same time, prospective car owners are requested to pay attention to the changes in the delivery cycle and arrange the pick-up time reasonably. Vehicles produced at Tesla’s Shanghai Gigafactory are usually exported to overseas markets in the first half of each quarter and supplied to the domestic market in the second half.

We are very grateful that so many users choose Tesla because of their trust and love. We will continue to strive to provide customers with excellent products and user experience! Thanks again for your attention!”

Speaking of Tesla's 4680 batteries, The Wall Street Journal reports that Panasonic’s plan for a battery cell factory in Oklahoma is not dead because it is moving forward with Kansas. The report states that the Japanese manufacturer is actually considering also building a plant in Oklahoma simultaneously:

"The new Panasonic plant would come in addition to a roughly $4 billion EV battery factory that the Japanese company said in July it plans to build in Kansas. People with knowledge of Panasonic’s plans described the two plants as twins with similar capacity," it reports.