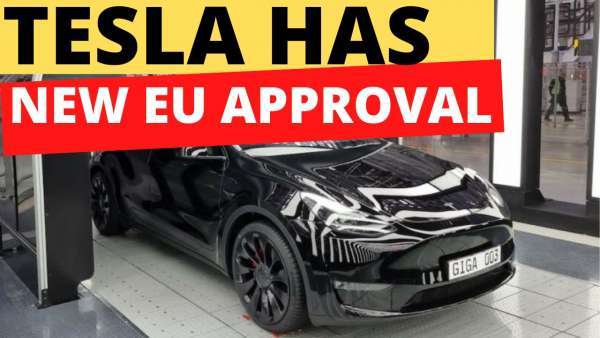 Tesla already has EU approval for new Model Y with BYD structural battery. These BYD blade batteries that are going to be used at Tesla Giga Berlin's Model Y production are a step backward, but they have an advantage.

Model Y with batteries from BYD already has type approval from the EU, according to documents leaked to German Tesla news publication Teslamag on Thursday. As usual with Tesla, the approval was issued by the Dutch authority RDW, in this case on July 1, 2022. In the documents, the new Model Y is referred to as Type 005 and internally as variant Y7CR. The capacity of its BYD battery is estimated at 55 kilowatt hours, the range at 440 kilometers.

It's a step backwards in a way.

As with the smallest Model 3, CATL was specified as the battery supplier, the capacity is 60 kilowatt hours for 455 kilometers. With BYD, both are decreasing somewhat. But technically the new battery is interesting because according to the EU approval it is a "structural pack".

Tesla wanted to install such a battery pack, which forms part of the supporting vehicle structure and is therefore more than just additional weight, in the German Model Y right from the start.

In the BYD Seal, a previously unattainable 82.5 kilowatt hours of capacity should be possible for LFP electric cars. It was initially unclear why Tesla was apparently initially satisfied with even less capacity for its Model Y than is currently the case with the long-registered CATL battery. However, the technical innovation could simplify production and bring at least one efficiency advantage: The Model Y with 60 kilowatt hours approved for the EU last summer had an official test weight of 2153 kilograms. With the slightly smaller BYD battery, the weight drops by 66 kilograms to 2087 kilograms, and the consumption in the combined cycle drops slightly to 155 watt hours per kilometer.

Tesla Contemplates A New Strategy for China Retail even As Sales Boom
Jay Leno on Elon Musk & EVs: “I Think He Should Get ... Credit"
END_OF_DOCUMENT_TOKEN_TO_BE_REPLACED