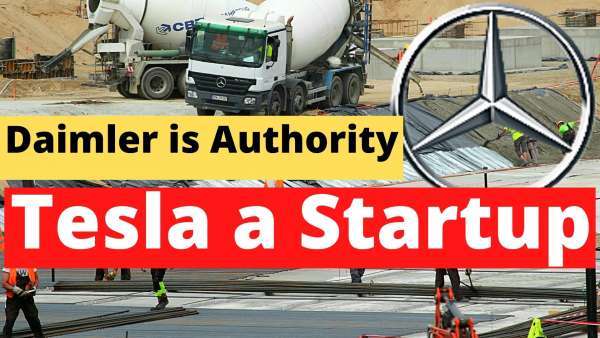 For Some Former Daimler Managers Daimler Is Authority, While Tesla Is Like a Startup

Many of Elon Musk's top managers at Tesla Giga Berlin come from Daimler. In this report, I am discussing what attracts them to Tesla.

More and more top engineers are switching from Daimler to Tesla to take top positions at Tesla Giga Berlin factory - also thanks to the attractive severance payment program at Daimler, which falls during the time that Tesla is looking for personnel.

In the meantime, the impression is growing that more and more management positions at the Tesla factory are being filled with former Daimler managers.

"To many of them, Daimler feels like a large authority, a giant tanker, in which fundamental change is difficult to drive forward. For them, Tesla is the opposite: more agile, faster, more improvised - almost like a startup," reports Philip Kaleta in Business Insider.

However, Tesla tries meticulously to prevent internal information from the factory from becoming public. A recruiter from Tesla shared a post on the LinkedIn career network in which she recruited shift supervisors for process technology in Grünheide. She mentioned who is already on the team. The "Teslamag" reported. Just a few hours later, the post disappeared again.

The US automaker has long had a reputation for not tolerating any other prominent faces in public besides boss Elon Musk. And the car manufacturer is basically silent about processes within the factory. Unless the impression arises that a certain faction, as in this case the Daimler managers, have too many positions of power. Then the company dissipates that impression. The "Teslamag" learned on Thursday from Tesla circles that the number of newcomers from Telsa was not too high. "You don't want to make a Daimler out of Tesla."