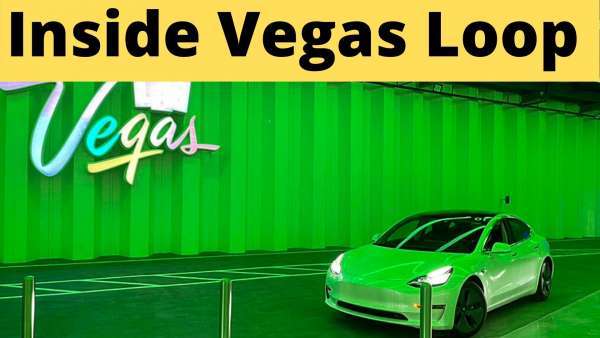 First Videos From Inside The Boring Company's Las Vegas Loop

This morning I reported that Elon Musk's Boring Company had invited some local media for the first time to see the LVCC Loop in action. Now I have some videos to share with Torque News viewers and subscribers.

You will see one of the cutterheads from the boring machine that bore the tunnels for the Boring Company’s Las Vegas Convention Center Loop is used as art near the tunnels at the south station.

At full capacity the Boring Company’s Convention Center Loop can transport 4,400 people per hour in its 62 vehicles fleet. This June’s World of Concrete show will be its first big test. Tesla vehicles capable of carrying up to 16 passengers are expected to be used in the system, but it hasn’t been disclosed when those vehicles would be delivered.

The capacity will grow if/when the Loop system under the Strip is constructed. For reference the Las Vegas Monorail can handle 3,400 people per hour, per Steve Hill, LVCVA CEO.

Watch a footage of what it looks like when a Tesla is traveling through the Boring Company's Convention Center Loop.

The Boring Company is already well underway in getting the permitting and development agreements out of the way to get the planned Vegas Loop underway. Will run from DTLV down the Strip with a stop at Allegiant Stadium. Could extend to McCarran one day, too

You will also see the escalator ride down into Central Station of the Boring Company’s Convention Center Loop.

Two of the three Boring Company stations at the Convention Center Loop are above ground. To reach the underground Central Station guests must take an elevator/escalator below ground.