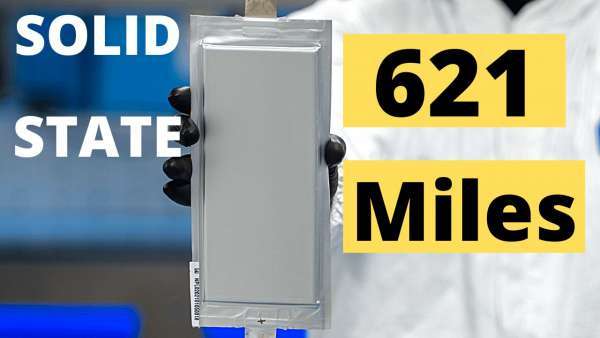 Bad News for Tesla: Nio Is Getting 150-kWh Semi-Solid-State Batteries

If how far your electric car can travel on one charge is important to you, as a general rule of thumb, you want an EV with a big battery. In other words, you want one with a large kWh rating as this will be able to power the car for the most amount of time.

In September, NIO is expected to receive a small batch of 150-kWh semi-solid-state batteries from Beijing WeLion New Energy Technology and will have it in mass production and use in the fourth quarter, local media outlet LatePost reported three days ago (per CNEVPost).

Imagine a 150kWh battery. If things go this way, Nio is not only going to kill VW but Tesla too, well, at least figuratively speaking.

For you to understand what a 150kWh battery can do and what a challenge it presents to Tesla, consider this.

Recently launched Lucid Air, which has the longest range 520 miles per single charge among electric vehicles, has the largest battery ever used. And Lucid Air's battery is at 118 kWh only. But in this case, we are talking about a new semi-soild-state battery at 150 kWh.

Do you want to know how it compares with Tesla's top battery? The refreshed Tesla Model S/Model X duo, which as far as I know has about a 100 kWh battery (reportedly 99 kWh).

To be fair, I want to stress that I am not talking about electric pickup trucks. Their batter need to be more powerful.

NIO's plans have been met with skepticism, given that there is currently no mass production of solid-state batteries worldwide.

On July 21, China's official Securities Times quoted NIO as saying that the company will deliver the 150-kWh semi-solid-state pack in the fourth quarter, reiterating previous plans.

According to CNEVPost "The model can give the NIO ES8 a range of 850 km, the ES6 900 km and the ET7 an NEDC range of more than 1,000 km, and users can enjoy the battery through a flexible battery upgrade program, according to the report." For reference 1,000 km equals 621 miles. Imagine, Nio will have a mass-produced EV that gets 621 miles of range per single change. This will change the game with Tesla. Will it not? How do you think Tesla should respond to this challenge from its competition?

And it looks like these batteries are not going to be significantly more expensive than the current liquid batteries, LatePost reported three days ago, citing sources close to the EV maker.

By the way, all NIO models support easy battery swap, while the rest of the vehicle's hardware is unaffected.