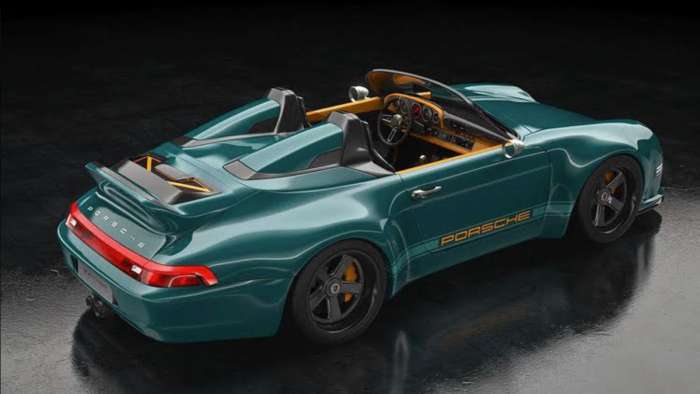 Gunther Werks’ Speedster is a thing of beauty, and this latest model is simply breathtaking. Only 25 custom models of the remastered Speedster will be produced for customers who are willing to pay the big bucks.
Advertisement

Gunther Werks’ Instagram account posted a picture of their newest Porsche 993 Speedster, but it appears to have a customer-requested design. Back in February, the GW released the first iteration of the Remastered Speedster in a brushed metal silver color and wowed those whose feeds it managed to graze.

But just a day ago, GW posted the picture of the dark aqua blue beauty you see above. The interior looks like it’s wrapped in burnt orange leather and of course, all of the carbon fiber.

The Gunther Werks Speedster will only be represented by 25 examples. Those cars are ordered and customized by the owner with the help of GW and a big bag of cash. The new topless Speedster design is something that was never offered on the original run of Porsche 993s, which is why it came with some engineering drawbacks for the GW team. 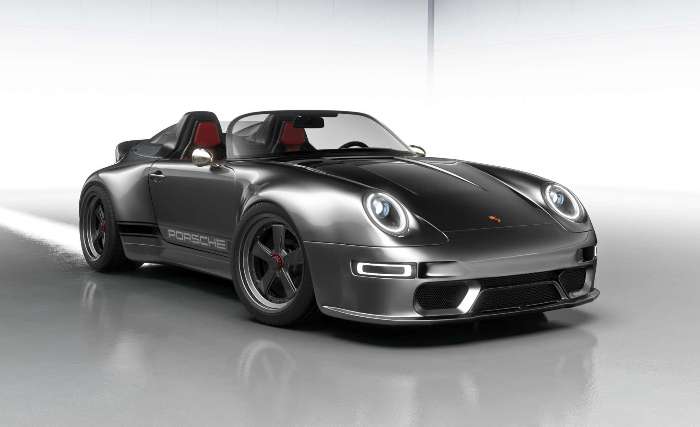 Eliminating the roof on any car makes it less rigid and more susceptible to frame flexing. And in a car that weighs less than 2,700 pounds and makes 435 horsepower, you’re going to want some stiffness.

The engine producing that power is a Rothsport Racing 4.0-liter flat-six that is actually more powerful than the existing 993 hardtops. Along with that 435 horsepower, the flat-six cranks out 335 lb-feet of torque.

One of the reasons why Gunther Werks Porsches are so expensive are because of the materials. The interior may not be as “perfect” as a Singer, but while that company’s forte is simple beauty, the GW car is solely fixed on performance. The entire car is fitted with carbon fiber body panels that are made in-house at the shop, hence the light weight. 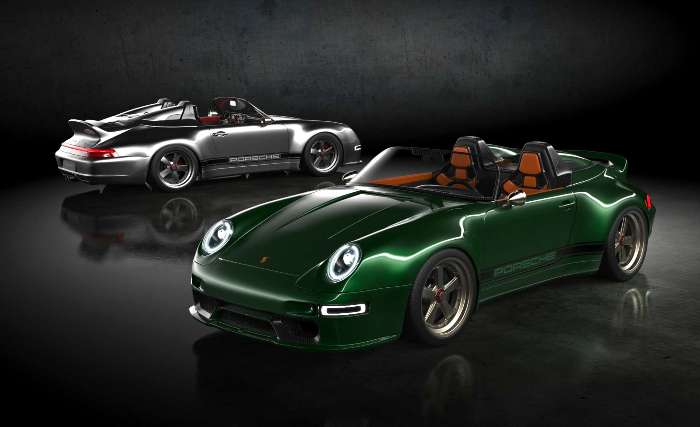 The Speedster also required some suspension changes, most likely due to the weight distribution changes with the roof being cut off. They ended up adding bracing and extra chassis cross members to the floor behind the seats to make up for that lost rigidity.

The GW team brought in Eisenlohr Racing to help design the suspension uprights and JRZ to do the dynamics. Even though journalists haven’t driven the new Speedster, we can certainly confirm it will handle like a dream. As for cosmetics, the new Speedster features a new carbon fiber front splitter along with a rear ducktail spoiler that has a ram-air scoop leading directly to the engine.

The previous 993 Porsche produced by Gunther Werks was brought to the hands of pro-driver Randy Pobst who was able to get the monster around WeatherTech Raceway Laguna Seca in just 1:30:99. That’s just a little over a second behind the fastest lap around Laguna Seca, which was also set by Randy Pobst. 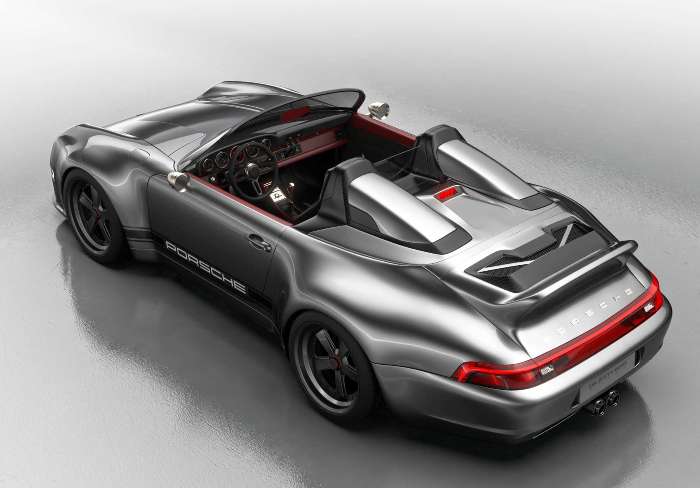 The interior also got some new stuff that the previous GW 993 didn’t. A one-piece aluminum dash center cluster that houses the 911’s gauges, a carbon panel that displays new LED shift lights and a revised pedal assembly. The seats are also new as they sit lower and are supposed to be extremely track-oriented. Five-point harnesses can be fitted to the seats as you sit in the specially designed lightweight cushions.

The previous Gunther Werks 993 started at $565,000, so this one may cost even more. We aren’t expected to see deliveries of the Remastered Speedster until 2022, but the company says that the official launch will come in August 2021.