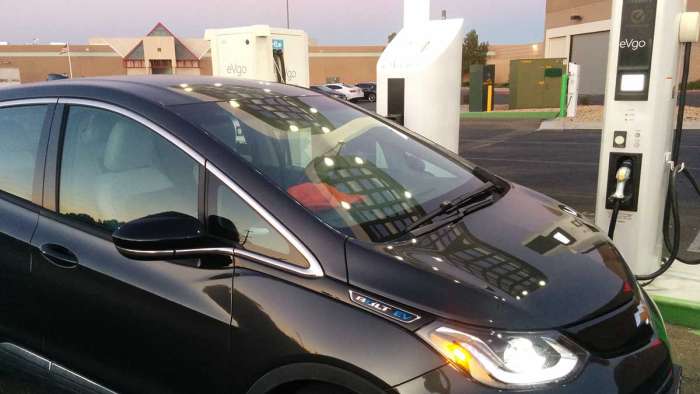 All-electric vehicle batteries degrade and lose capacity over time. My Chevy Bolt EV just passed 100,000 miles, so let's look at how much capacity it's lost in three years.
Advertisement

I recently passed the 100,000 mile mark on my 2017 Chevy Bolt EV, and I provided a quick update on my YouTube channel where I covered a number of topics about how well my Bolt EV was holding up. One of the topics I discussed was battery degradation, but I only touched on the subject because I don't think that a video is the best medium for communicating that type of information.

I first published a battery health update video at 70,000 miles, which set the stage for my 100,000-mile update, but many of the background details are better discussed in a written article format. At 70,000 miles, I had calculated that my Bolt EV had lost about 8% of its original capacity; however, that was with a caveat: I had encountered a discrepancy in my data that occurred around the same time that I had taken my Bolt EV in for a battery management system (BMS) update. By 100,000 miles, the data appeared to verify that the 8% battery degradation I measured at 70,000 miles was, in fact, an inflated figure.

Methodology
My methodology for testing battery degradation is simple, but it seems to be the most effective. I have attempted using apps such as TorquePro, but the results appear highly inaccurate and inconsistent. Ultimately, I determined that the only way to accurately and effectively test battery degradation is to drive the car, and lucky for me, that's not a problem.

What I've found is that the best method for calculating capacity accurately is to actually use as much energy as possible and then compare the energy used with the reported battery level. As an example, I would:

This method provides a very solid estimate of kWh of energy available in the battery, though it still does produce variations. The closer the battery is to completely empty, the more accurate the results appear to be. However, the uncertainty of any given energy estimate looks to be +/- 1 kWh. Even with that variance, though, it was possible to build a consistent and accurate pattern of available energy over time.

The last step is to calculate battery degradation by comparing the available energy with the stated capacity (in the Bolt EV's case, 60 kWh) and any previously calculated and recorded capacities. Because I've taken so many long trips in my Bolt EV over the last few years, I tracked my available energy over time using dates and odometer readings.

Hilltop Reserve Mode
My version of the Chevy Bolt EV has a feature called "Hilltop Reserve," which prevents the battery from charging to full (the car ends the charging session when the battery reaches 88%). Newer Bolt EVs have a Target Charge Level function that allows owners to limit the level the Bolt EV will charge to in 5% increments. 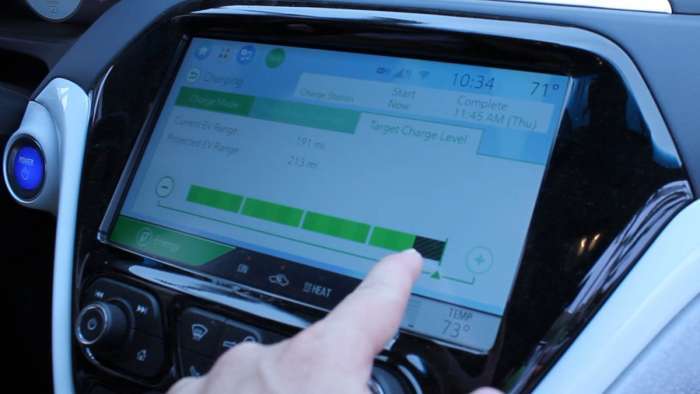 Initially, this feature was provided for people who lived at higher elevations and wanted full access to the Bolt EV’s regenerative braking (it is limited when the battery is more than ~95% full). However, the other reason for not charging an EV battery to full is that a majority of battery wear occurs when the battery is filled to 100% or drained to 0%, and after my 70,000-mile update, I started using Hilltop Reserve far more often.

Unfortunately, though, Hilltop Reserve Mode seems to affect the accuracy of my available energy calculations, even when I attempted to compensate for the 12% battery that was held in reserve. I’m sure there’s some sort of formula I could come up with to compensate for it, but even without it, I still have several data points for every 10,000-mile increment.

Actual Degradation
So what is my actual degradation at this point? Right now, at 105,000 miles, I just logged another measurement on my Bolt EV that resulted in ~56.9 kWh of measured capacity, but the average measurement for the last 5,000 miles is about 55 kWh of available energy.

Final Thoughts
First, one of the reasons I have been so assiduous about tracking my Bolt EV ownership is because I know that my driving and use case is fairly rare among not only EV owners but drivers in general. The 100,000 miles I’ve put on my car in less than three years is more miles than many people put on a car for the entire time they own it.
Over the life of my Bolt EV, it’s been through literally hundreds of DC fast charging sessions in temperatures ranging from below freezing to over 110 degrees Fahrenheit. I’ve drained the battery to 1% and charged to 100% many times. All this essentially makes me a stress tester. 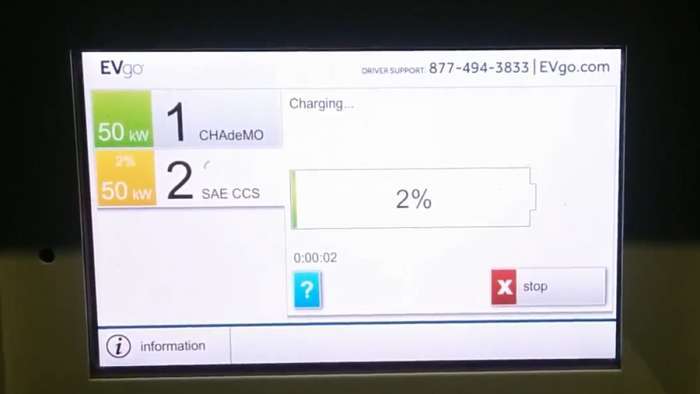 Most people aren’t going to put their electric vehicle through anywhere near the stress that I’ve put on my Bolt EV, so even if my battery degradation numbers seem high, I don’t think they are reflective of the average EV owner’s experience
.
However, even if they were, let’s just think about what this degradation actually means. After 100,000 miles of driving, I’ve lost a whopping 5% of my battery range. In real-world terms, when I first bought my Bolt EV, I would regularly see over 250 to 260 miles out of a battery charge in local driving and 210 to 220 miles out of a battery charge in 70 to 75 mph freeway driving. This degradation means I’m now down to 240 to 250 miles of range in local driving and 200 to 210 miles of range in freeway driving. The former was never an issue, and with the ever improving public charging infrastructure, the latter isn’t really an issue either.

Frankly, I doubt that most Bolt EV owners will ever notice an impact due to battery degradation over the life of owning their cars.

See you next time, as I discuss how I plan my regular 1,000 mile trips in my Chevy Bolt EV!