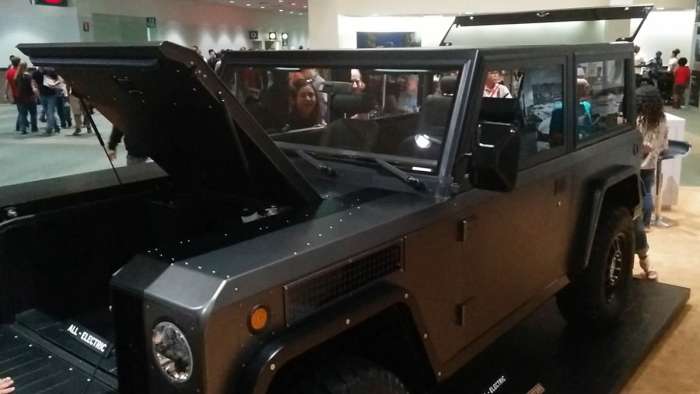 Bollinger Will Release Pricing and Start Accepting Deposits Next Week

Bollinger Motors announced that it will start accepting $1,000 refundable deposits on October 24th; however, there's a catch. You had to be an early reservation holder. Let's look at what what we can expect from Bollinger.
Advertisement

I’ve been following Bollinger Motors since they announced the B1, and I first saw the B1 in person when it was on display at the LA Auto Show two years ago. Since that time, Bollinger has settled on their final specifications, and they recently hosted a livestream event where they unveiled their pre-production models. As an original reservation holder, I recently received an email letting me know that Bollinger will start accepting $1,000 refundable deposits for the B1 or B2 truck on Thursday, October 24th.

In this article, I will review some of the basic specifications and capabilities of the Bollinger B1 and B2, share why I’m interested in owning one of these vehicles, and explain what we can expect in the coming weeks. Along the way, I’ll offer up some of the history of their evolution from my perspective as a very interested fan.

First of Several Electric Trucks
The Bollinger B1 has been under development for four years now, and they were the first company to publicly announce a modern, all-electric truck. Since their initial announcement, several other companies (including Rivian and Tesla) have also announced their electric truck plans. Rivian is possibly the furthest along with the R1T, but Tesla should be unveiling their EV truck soon.

The interesting thing about the electric trucks that have been announced so far is just how different and polarizing each of the designs is. Combined, the three electric trucks seem to project the past, present, and future. The Bollinger B1 design definitely harkens back to the past with a very basic but highly functional design, and Bollinger clearly embraces that role by publishing most of their marketing and promotional materials in black and white. 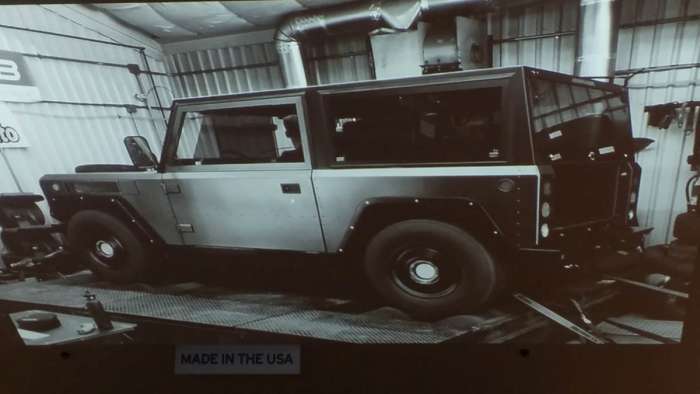 The Rivian R1T, on the other hand, is more modern, and other than a few small design elements, the R1T will be similar to many of the internal combustion trucks that are on the road today. While both the B1 and R1T will be off-road capable, the R1T is definitely geared more toward urban and suburban buyers who will spend most of their time driving on paved roads and highways. 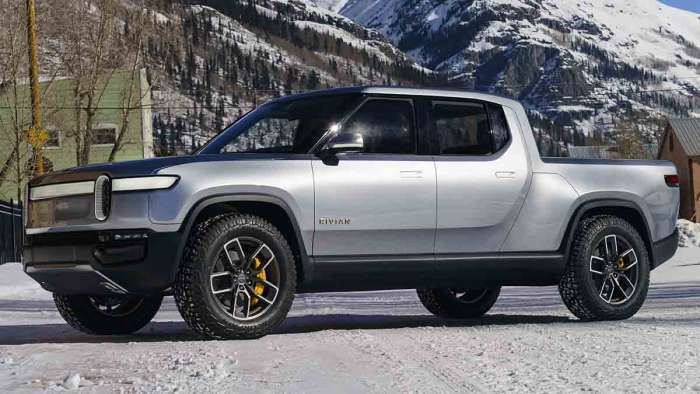 We’re still waiting to see the Tesla truck; however, Elon Musk has claimed that it will look like a futuristic armored personnel carrier.

Bollinger B1 and B2 Specifications
The B1 and B2 are quick, and Bollinger states that they will go 0-60 mph in just 4.5 seconds. They are powered by two motors that produce a total of 614 horsepower and 668 ft-lb of torque. Those numbers are interesting for cars, but let’s dive into at the important specifications for those who are interested in a truck.

Battery, Charging, and Range
The B1 and B2 will have the option of a 60 kWh or 120 kWh battery pack, and the preliminary range estimate for the 120 kWh pack is 200 miles. They will also come equipped with a CCS charging port.

In terms of the battery packs, we still don’t know the price difference between the two options (that will be announced on October 24th), and I haven’t seen any information about the possibility of upgrading the pack at a later date. Most of the time, my B1 would be roaming within that 50-mile radius of home base, but I would occasionally need to drive it farther. At that point, the range wouldn’t be the only limiting factor. The charging speed could also be a concern.

When I first spoke with a Bollinger representative, they were considering using the CHAdeMO standard, but they weren’t committed to it at that time. Later, they tweeted at Elon Musk and Tesla about the possibility of using the Supercharger Network, but that didn’t work out. Finally, they settled on using the CCS standard, which is extremely good news.

CCS is currently the fastest and most rapidly expanding DC fast charging standard in the United States, and it still has the lowest vehicle-to-charger ratio at this point. So we’re unlikely to see crowding at newer CCS charger sites anytime in the near future unless Tesla releases a CCS-to-Tesla adapter for North America. 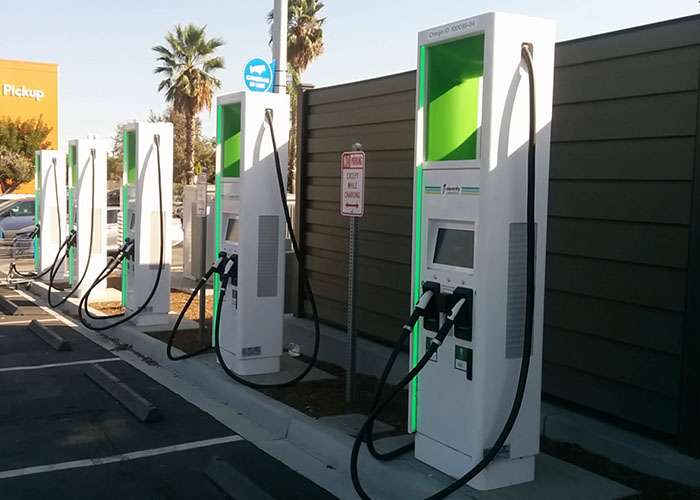 According to Bollinger’s website, the DC fast charging time will be “75 minutes.” If that’s 75 minutes to full, it isn’t bad by current standards, and it means that the 120 kWh B1/B2 will likely be charging at an average rate of 100 kW. However, it does mean that those charging rates will likely scale with size, and owners of the 60 kWh B1/B2 should only expect about a 50 kW average charging rate.

Also, the range should scale with the battery size, so that 200-mile estimated range would likely drop to only 100 miles. Now, I do believe that Bollinger is being highly conservative, and I wouldn’t be surprised to find that Bollinger’s “200 miles” was the same as some of the other electric truck maker’s “300 miles.” Still, scaled down, 150 miles on the 60 kWh version would be limiting, and if you intend to do any towing, the 120 kWh battery might be a requirement.

Bollinger Still Hasn't Announced B1 and B2 Price
When I watched Bollinger’s livestream of the B1 and B2 Reveal, the number one question asked was: “But how much are they going to cost!?!?” That announcement was never made, and a number of viewers were quite upset. Well, now we know when we will find out: 10:00 am EST on October 24th.

Right now, it’s all guesses as to what the B1 and B2 will cost, but Rivian and Tesla have already started providing initial pricing numbers. Rivian has published a base price of $69,000 for the R1t, and Tesla has stated that the starting price for their electric truck will be under $50,000. Bollinger has a few things going for it in terms of price, but it also has a few disadvantages compared to other electric truck makers. 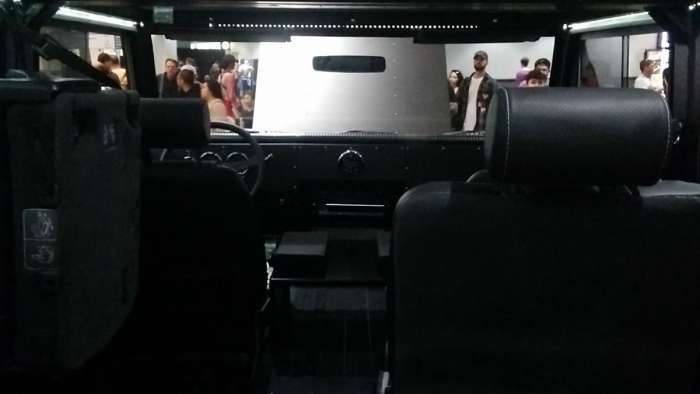 First, let’s talk about the good. The B1 and B2 are basic and simple. One of the advantages of being a class three vehicle is that they are not required to have the same safety features and testing. That saves money. Bollinger also chose to go with a dual motor setup with high-low reduction gears. This simplifies the powertrain and reduces cost compared to the Rivian R1T, which has a four-motor setup. In addition, Rivian and Tesla are in a race for autonomous driving and digital displays, while Bollinger is keeping the interior of the B1 and B2 completely analog. 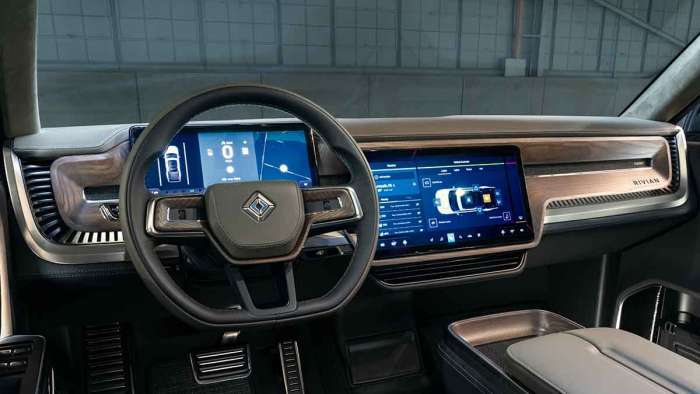 Also, batteries are still the most expensive component of any electric vehicle, and the B1 and B2 base 60 kWh battery option is likely to save a five-digit sum of money compared to the base 105 kWh battery in the R1T. Essentially, if you’re a price-sensitive EV truck buyer who doesn’t need more than 100 miles of range and has access to a strong public charging infrastructure, the 60 kWh B1/B2 might be the right choice.

Finally, Bollinger has access to the full $7,500 Federal electric vehicle Tax Credit. I don’t think the importance of that can be overstated because it gives new electric vehicle companies a significant advantage over competitors who have already exhausted their credits. Rivian also has access to these credits, so Bollinger won’t have a significant advantage there. However, Tesla has exhausted their credits, and because Tesla is the most likely to produce a lower cost B1/B2 competitor, the Federal Tax Credit enables Bollinger to undercut Tesla without impacting profits.

Now let’s look at the bad. Bollinger is a small operation, and they do not have the same following, major investors, or media promotion as Rivian and Tesla. Rivian is being fed money from Amazon and Ford, and Tesla has one of the strongest, most loyal followings of any vehicle brand. Bollinger’s competitors will be able to leverage more capital and streamline their operations.

Further, the B1 and B2 are niche vehicles that are geared toward rural, working class truck owners. That’s a strong truck market, but it’s also the most competitive truck market with dozens of internal combustion offerings with similar capabilities and lower upfront cost. It’s the smallest electric vehicle market, and it’s a saturated truck market. Essentially, while Rivian and Tesla market to urban and suburban customers who likely have never owned a truck before, Bollinger will be marketing toward existing truck owners. 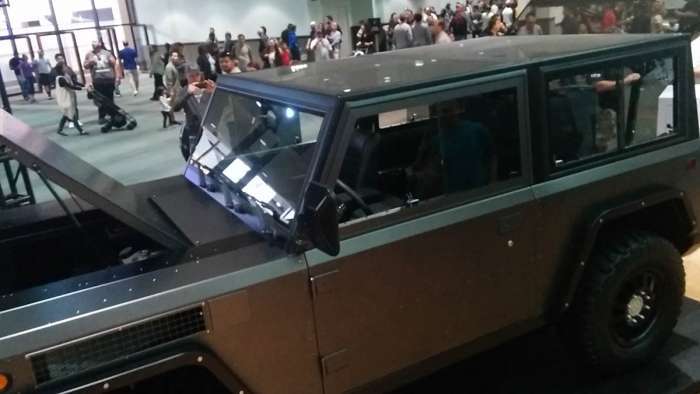 All those factors are going to lead to lower production numbers, a less automated manufacturing process, and higher costs, which will ultimately translate to higher prices.

Still, I think Bollinger might surprise some people with their prices. Given the simplicity of the B1 and B2, I could easily see the 60 kWh base model being priced as low as the mid $40,000 range. For some prospective buyers, that could reduce the final price to the mid $30,000 range after the Federal Tax Credit and other incentives. The 120 kWh battery model is likely to be more expensive, and it is likely to start at as much as $60,000.

Reservation Deposits Start Next Week
Luckily, we only have a few days to wait before finding out what the prices actually are. According to the email I received from Bollinger, they will be announcing the pricing and opening up $1,000 refundable deposits to early reservation holders on October 24th.

As of eight months ago, Bollinger announced about 25,000 reservation holders. If you are one of those initial reservation holders, you likely received the same email, and you’ll have until October 30th to decide whether you are interested in the B1 or B2.

The deposit will secure your place in line based on when you first made your no-commitment reservation. If memory serves, at the time I submitted my reservation, there were only about 5,000 reservation holders ahead of me. Given natural attrition and the other electric trucks that have been announced since, I could be very near the front of the line. 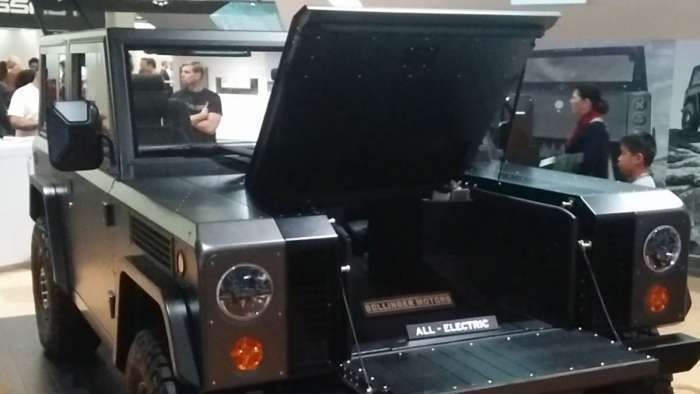 See you next time when I discuss the advantages and disadvantages of Bollinger’s decision to use a transaxle and gearbox instead of four motors!

About The Author
Eric Way focuses on reporting expert opinion on GM brand electric vehicles at Torque News. Eric is also an instructional designer and technical writer with more than 15 years of writing experience. He also hosts the News Coulomb video blog, which focuses on electric vehicles, charging infrastructure, and renewable energy. Eric is an active member of the EV Advocates of Ventura County, a volunteer organization focused on increasing the widespread adoption of electric vehicles. You can follow Eric on News Coulomb