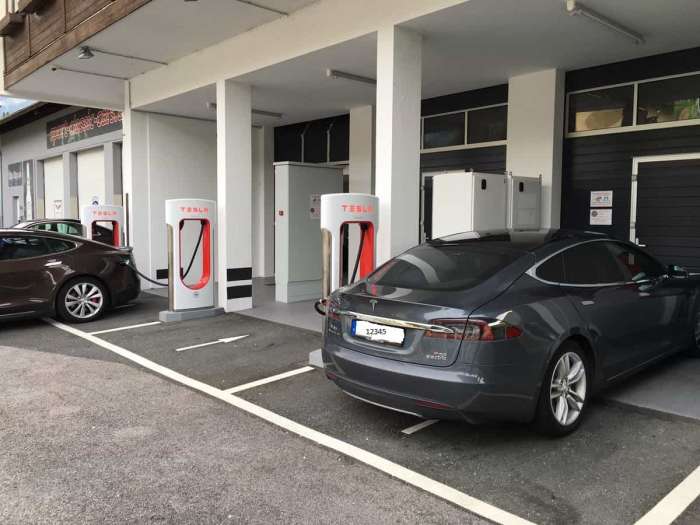 If you want legacy car companies like Ford, GM and Chrysler to make electric cars only that would mean to ask them to at first lose billions of dollars on EV sales as Tesla makes money on theirs, while the legacies revamp their supply chains, acquire and implement new platforms on new battery tech, and hope these new cars will soon one day make money
Advertisement

Why don't the big car companies like Ford just start producing electric cars to eliminate Tesla's presence in the market? It can’t be done as it’s easily said, in fact ironically it’s the same reason why Tesla is having problems with growing pains building just electric cars. One thing is certain: Tesla is about to corner the EV market with their product portfolio of soon to be full line of battery electric vehicles with a world-wide supercharging network that supports them. And there’s not a single thing any one of the Goliaths like VW Group or GM can do about it but hope their electric products are as equally successful. Car makers: get to it!

They may look no differently from one another if car makers stop making EVs look so ugly as some of them do, but electric cars are much more different than gas vehicles, requiring what essentially is, a completely different and new business model for a completely different car. You really do need to almost start from the ground up if a car maker intends to transition from a gasoline car company to an all electric, full electric, zero emissions car company, as General Motors intends to do in the next decade.

What we are either asking or expecting the legacy car companies to do is to at first lose billions of dollars on EV sales as Tesla makes money on theirs, while the legacies revamp their supply chains, acquire and implement new platforms on new battery tech, and hope these new cars will soon one day make money. On the gas side as the transition goes along we are expecting the legacies to start losing money on gas sales as eventually those vehicles are phased out. These are money drains at both ends. Something has to and will give, especially if the economy takes a downturn.

There will be legacy car companies, particularly the smaller ones or less financially healthy ones that have less resources, that will not be able to sustain this transition, and will go bankrupt. You have to be a huge car company flush with cash to spend billions of dollars in development and production capital, and you have to try to keep both sides of your car production operation sustainable if not profitable, with electric cars losing money at first, then what’s left of the gasoline cars to start losing money as well, as you pare production down to eventually lose money last before finally eliminating them.

After you get your battery factory going with its supply chain, you set up a chain for the rest of the car. You need transition vehicles to help customers cope, change, and adapt, a dealer network that sells cars the old fashioned way for the gas cars and then the Tesla way since there are few if any incurring costs like maintenance, with an electric car. And you must try to keep both sides as sustainable as possible for your company’s investors, with either side losing as little money as possible as one side goes through growing pains, the other to eventually go into hospice care of the car industry and die if bankruptcy court doesn’t beat them there.

These things are not so easy to do. It’s just not a matter of stomping out your competition. In actuality, Tesla is doing this, not the other way around. See why: in Quora.