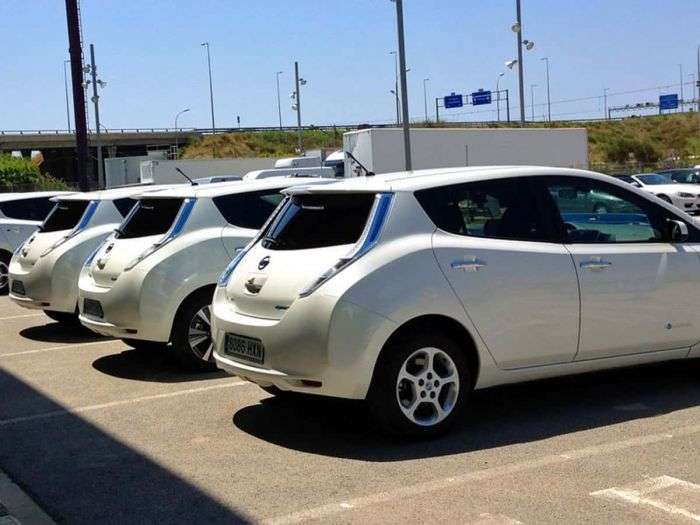 What makes people to switch to an electric car

I was well aware of electric cars before I bought my Volt. As a child I read books on cars, devouring them as fast as I could. I read Car and Driver magazine and Motor Trend magazine. I learned about The Detroit electric car. Built beginning in 1907 by the Anderson Electric car company in Detroit Michigan. The car used rechargeable lead acid batteries. It could go 80 miles on a charge but was limited to a top speed of 20 MPH. I learned through the pages of Car and Driver about the Chevrolet Electrovair. Using silver-Zinc batteries it could go 40-80 miles on a charge with a top speed of 80 MPH. The GM EV-1 was the first all electric powered car, but was only available for lease. The car used lead acid batteries and had a range of 70-100 miles. At the end of the lease owners had to return the cars even though many wanted to purchase them. Of course the film, "who killed the electric car", told the story of the EV-1.

My introduction to electric cars

My introduction to electric cars began in 2008 at the Chicago auto show. The prototype of the Chevrolet Volt was shown there. It was so impressive and the technical specifications made me know this car was special. I followed the news on the Volt right up until it was released. I became a Volt geek. I was that guy who had to be careful or I would bore the heck out of people singing the Volt's praises.

My first brush with the Volt

My son and I were at Costco one Saturday and we were looking at a Ford Fusion at the entrance of the store. A man and his wife were there and after discussing the Ford I said my favorite car is the Chevy Volt. The man said they considered the Fusion but purchased the Volt. He then turned to me and said, "would you like to drive it?

I was stunned and my son said, "yeah he wants to drive it". He then took me to the parking lot and allowed me to actually drive the car while he sat in the passenger seat. We drove around the intersection and area by the store. He urged me to mash the accelerator. He had me mash the brakes. All of this was to experience the performance of the Volt. I was impressed by the construction of the interior. I was thunderstruck that a perfect stranger would allow me to test drive his car. I know he let me because I bored the heck out of him carrying on about the Volt's technology and my love for the car.

And now I am a member of the Volt community.

A year ago we needed a new car. My wife was well aware of my love for this car. We spent many week locating the perfect car. We had features we wanted and it had to be new to us. Lower mileage was important. We located one and have never looked back. The car is a joy to own. I will never go back to a gasoline powered automobile and I will stay with whatever products GM builds.

What is your electric car story?

So the question is how did you come to own an electric car? What kind of car do you own and do you like it. Let me know in the comments.

Liz wrote on April 22, 2018 - 11:29pm Permalink
I read ‘Confessions of an Economic Hitman’ and realized that oil and the power associated with it is the cause of s lot of trouble in the world. I wanted to do my part and installed solar power and got a Tesla.
TyFawkes wrote on April 23, 2018 - 11:26am Permalink
Uhm, it should be pointed out the Chevy Volt isn't an electric car. Am I the only one who noticed this error? The Chevy Volt is a hybrid used primarily for blocking charging stations in order to get better parking spots. The Chevy Bolt is a real EV that might actually need to use the charger blocked by the Volt in order to get home.
Almike wrote on April 25, 2018 - 9:15am Permalink
Ty, don’t be a troll. The Volt operates in hybrid mode only when its 35-50 mile battery charge is used up. For most owners on most days, it’s pure electric.
John Falk wrote on April 23, 2018 - 4:13pm Permalink
As the author of the article I should have titled it differently. I should have included plug in hybrids with electric cars. I say this because any owner of a Volt will tell you they drive a majority on electric power. We love this challenge and mourn when we have to fill our nine gallon gas tank and use the generator to keep going. As for myself I am currently averaging 89.6 MPGE combined gas electric usage since I last topped off my tank.