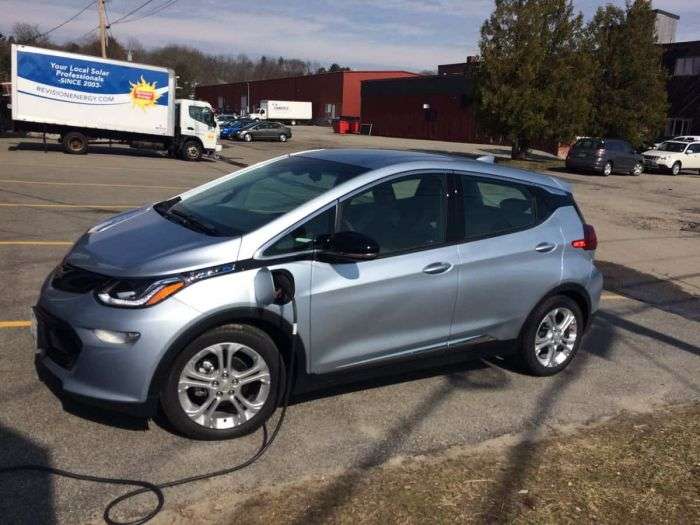 If you have been watching TV lately you have probably been noticing advertising for electric cars. Nissan, Hyundai and Honda are the main three EV makers that seem to be running EV ads regularly. They all have varying degrees of success at demonstrating what these cars can do.
Advertisement

How do the automakers stack up?

Nissan features an advertisement for the Leaf that uses electronic music. It shows the car motoring along with a driver. It mentions the E-Pedal feature and shows how it stops the car. The commercial demonstates the cars instant acceleration. It shows the Pro Pilot technology which has lane keep assist and adaptive cruise control and the ability to avoid low speed accidents by stopping the car. It also shows the Pro Pilot Park feature which parks the car in parallel, angle and pull in methods. It mentions longer range and blind spot monitoring. With the tagline "simply amazing", the advertisement is compelling. This particular ad is 2 minutes 30 seconds long with a shorter version being shown on television.

The Honda advertisement features a family driving in their Clarity, Honda's newest hybrid. It's a 30 second commercial showing them driving through a CGI countryside that is green and beautiful. The commercial admonishes you that the car runs on electric and has gas when you need it for a range of 340 miles.

Hyundai features a 40 second commercial with a very clever and modern jingle featuring potential buyers wishing in song, their ideal electric car. The catch phrase is, "you know the world doesn't need a new hybrid, just a better one. It then states it is the most efficient hybrid in the marketplace. Which in fact, it is.

The Toyota Prius featured a very funny commercial for the Superbowl. It features inept bank robbers leaving the bank with their cash only to find their car being towed away. They spot a Prius and take it for their get away car. With police in pursuit they are surprised at how fast the Prius is. Even the press reporting on the chase can't believe how fast it is. The bank robbers eventually evade police and get away.

Chevrolet has advertised their Volt and Bolt. Early ads featured a man at a gas station. With a young boy and another guy asking if the car is electric the owner struggles to explain that the car is gas and electric. Chevrolet featured the Volt in a few other advertisements. I think GM should advertise Volt frequently and here is why.

The Bolt ad is one that aired before the car came out in 2017. It features the car shown in development. It also shows it's construction on the assembly line and finishes with it's arrival date and electric miles range of 238.

How is Tesla doing with advertising?

So let's talk about the elephant in the room. How is Tesla doing with their advertising of their vehicles. Quite well actually because they don't need to advertise. With the model 3 Elon Musk says that he is not really promoting it. Go to a Tesla store and they will talk about the thing they can sell you. A Model S maybe. The Model 3 needs no advertising. Even those who could care less about cars, much less about electric ones know about the Model 3. Who hasn't heard about nearly 500,000 orders reserved with 1000 dollars put down? Fully refundable of course. Don't worry about Tesla they are doing just fine.

In the end how they rate

The Nissan ad at 2 minutes 30 seconds really shows the car and it's technology off very well. It is a compelling ad that really draws you in and helps you see yourself owning this car. Honda's commercial is shorter but tells you it runs on electric but has gas when you need it. For such a short commercial it is still effective. The Prius commerical is just extremely funny but gives no real technology specifics except that it's fast. That in fact is debatable but the commercial is great.

And now we come to Chevrolet. GM builds terrific electric cars. 2 of them. The Bolt and Volt. They need to advertise them. The somewhat humorus gas station ad is just confusing and doesn't effectively sell the cars benefits. The Bolt commercial is great but now that it is available for sale nationwide, GM needs to market it properly.

kent beuchert wrote on April 21, 2018 - 7:23am Permalink
It's hard to tell from some ads that the car is electric. GM has had no need to advertise their Bolt to any extent - they sell more cars than they can build. GM has sold a lot more Bolts than Tesla has sold Model 3. Why would Tesla advertise? They can't build and deliver the Model 3 in less than 2 years. By the time you get it, it will cost $7500 more and be obsolete
Jim stack wrote on November 15, 2019 - 10:09am Permalink
Chevy and all automakets except Tesla are just COMPLIANCE CAR makets. They make very few. They don't make their own drive trains or batteries IE GM uses a Korean company for drive trains and batteries. Thet only made 35k last year. They make millions of gas cars. Some of the new Electrics are well made with others like the NISSAN LEAF And Kia Soul EV don't have liquid cooling and wilt in the heat. Very poor.