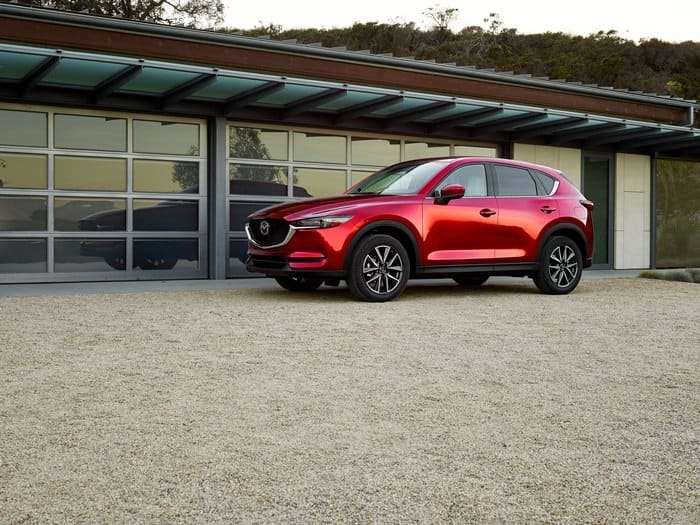 There are many reasons to switch from a European to a Japanese vehicle. Here is why I switched from the BMW X3 to the 2018 Mazda CX-5.
Advertisement

Five years ago, I bought a BMW X3. I knew it was my time to buy a BMW as I had family members who drove BMWs for many years and loved them. It was my first SUV so I really wanted something special. Test drive was like a dream. Not only the ride was smooth but the engine was so quiet (That’s how I remember my dad describing a good car engine many years ago). You could feel the strength of engine and responsiveness both during acceleration and steady speed. The interior was solid, unfussy, made of quality materials. It was your typical no-frill German styling which I had no problem with.

Shortly after I took ownership of my BMW, I was on the highway and the electronics went wacky. My windshield washers went on and would not shut off and my tailgate opened while my toddler was in the back seat. I had to stop and make a panic call to BMW. After stopping and pulling to a safe place I got my child out and then the car locked itself and would not reopen. The car was towed and the resulting shop time took days and the car had other reliability issues as well. For example, the coolant light came on at one point. The new BMW needed coolant. I called BMW for advice and they said to add water. However, the manual specifically said not to do so, but rather special BMW coolant. I went to the dealer and they simply poured tap water in. This left me not trusting the car.

Another odd thing happened. While the car was still under warranty at about 35K, a light came on and said I needed brakes in front. I took the car to the dealer who gave it back me and said they were “all set.” However, the light came back on again after 50K and my local shop said the brakes needed to be changed again after just 15K miles. I suspect BMW did not change them, but simply reset the alarm somehow.

The last straw was a tire pressure monitoring failure. Not a sensor in one wheel, but the main computer at about 55K miles costing me $600. I fixed it and went shopping for a new car. I estimate that over the five years I had the BMW between brakes, expensive tires, the TPMS thing and other things I had to pay for I spent about $2200 to keep the car running. And one of the reasons I bought it was the maintenance was supposed to be included for four years.

My vehicle was the one featured in one of Torque News’ most read and commented on stories, We Test BMW Run Flat Tires and Give Them a Thumbs Down. When I got a flat with my X3 on a Sunday the dealers at BMW could not help me. I was able to make it home on the run-flat tires, but then had to search for a tire in stock. It took up a working day to do this. Worse, the run-flat tires were extremely expensive compared to conventional tires. As the BMW X3 aged and I replaced the tires due to normal wear I estimate I spent nearly $1,000 more on run flats than I would have if the tires had been normal tires.

The people at BMW were good, but I never felt like anything was special at BMW. I asked for a loaner when I had a service done that would take a few hours and was told to take an Uber. The second time, when the TPMS thingy quit, there was no loaner so I arranged a ride. Where is the premium experience in that?

BMW was also hard to get to. I live north of Boston and the closest dealers are both out of the way for me. However Mazda has two dealerships near me, and both were easy to get to.

I am not a car expert and I didn’t realize when I bought my 2013 BMW new that almost every affordable car had a backup camera. My BMW didn’t and I missed that. It also didn’t have adaptive cruise control, doors locks that open when you grab the handle, or any driver aids like my new CX-5 does. All these things are expensive add-ons for the BMW. How is BMW a luxury car if it does not come with things like this standard?

European vs. Japanese Vehicles Conclusion – Why I Switched From BMW to Mazda

Having been born and raised in Europe, I always thought that European cars were somehow the best or better. However, having owned many brands now including Honda, Cadillac, Ford, Mercury, and now Mazda, I don’t see it that way. Over the years, I have come to realize that mainstream brands may well meet and exceed your premium expectations when it comes down to quality, reliability, comfort and value.

Author Note: Hande H. Tuncer, M.D., is a past contributor to EmaxHealth.com, a partner publication to Torque News.