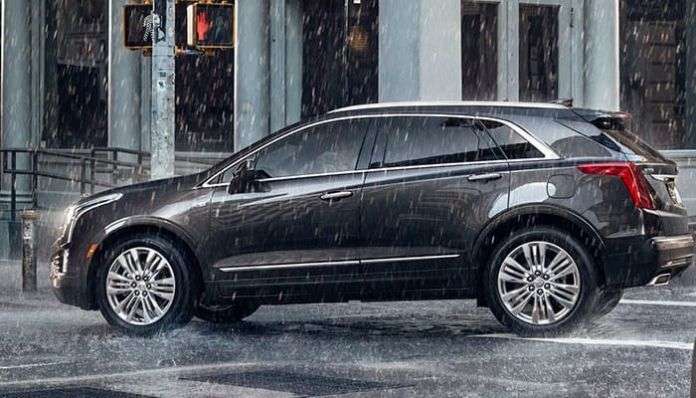 XT4 may be a sign Cadillac’s rebranding is about to take off.
Advertisement

Throughout the next few years, General Motor’s Cadillac is reported to be undergoing a massive rebranding. This process began with the launching of the CT6 sedan and the XT5 crossover and reports have hinted that as many as nine new Cadillac models could be released by 2022.

Cadillac’s newest edition to the lineup, the compact SUV, which should be called the XT3 or XT4 has finally been spotted in spy shots. This new CUV will slot in just below the XT5 and should utilize General Motors' E2 platform, which is used underneath the Cadillac XTS, the Buick LaCrosse and Regal, the Chevrolet Malibu and Impala.

This upcoming CUV has taken a lot of design cues from the Escalade and XT5, almost as if Cadillac’s engineers have taken the best attributes of these two cars and combined them into a new small vehicle. Additionally, there are numerous hints from the various Cadillac concept cars that have been revealed over the past few years, namely the Escala and Elmiraj concepts.

The Cadillac XT4 looks noticeably smaller than its XT5 cousin in almost every way. No photographs of the front of the upcoming CUV were taken, but it is fair to expect the XT4 to use many design elements from the XT5 in front styling, for better or worse. As per usual, Cadillac has stated this new vehicle will have both powerful and efficient engines and it is safe to expect that a hybrid or completely electrified version of the model to be for sale.

Cadillac appears to have set the BMW X1 and Mercedes-Benz GLA SUV in their sights with this upcoming XT4. While the CUV looks promising and should be very competitive within the market, hopefully they have improved the front styling some from the XT5, as it is not a bad look by any means, but uninspiring. Hopefully Cadillac will take cues from their German competitors and offer a sporty version of this small SUV as the Msport and AMG variants of their competitors are extremely highly rated in their class.

The XT4 is just the beginning of what Cadillac should be revealing over the next few years and it will be an exciting time to follow this developing company. What do you think about this subject? Let us know in the comments section if you agree or disagree for discussion.