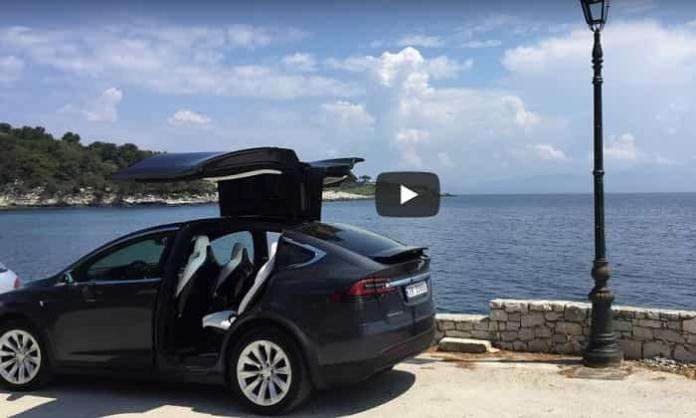 Tesla haters and electric skeptics all like to sight the same arguments when talking about why not to buy an electric vehicle. One of the big ones is “well what happens when you run out of power?” The answer is nothing really. You don’t unless you are extremely careless or unlucky. And If that’s the case well, yeah, you’re in a bit of a situation.
Advertisement

Tesla is trying to ensure that this won’t ever happen. They’re supercharging network in continually expanding to cover as much of their markets as possible. As proof of this Tesla did a test across the country in early 2014 to see how fast they could cross the country. Their initial record has been broken countless times as more and more superchargers are added across the US. This all to say, range anxiety is rapidly becoming a thing of the past for Tesla owners.

Even though the US is Tesla’s largest market, Tesla is still working hard to expand their supercharger network elsewhere as well. Europe has a large supercharging network. A great example of how large is the documentary filmed by Jorgen Winther-Larson about his journey from Norway to Greece and back in his Tesla Model X.

You can watch the trailer to both of his movies here. The two-part movie, Norway to Greece and Greece back to Norway, on his YouTube channel which also has many other Tesla videos about what it’s like to own a Tesla Model X and his experiences with the car in Norway.

His journey is frankly of epic proportions traveling for almost 15 days stopping in many different places to sight see on his way to Greece, I’m not sure what kind of holiday they have in Norway, but whatever it is that allows him to have this much time off, I want one.

Jorgen documents all the issues he has along the journey, like inability to find a supercharger or plug in near his chosen destination hotel or how his falcon wing doors couldn’t be opened on the ferry he was taking one day and even when his air conditioning stopped working. A problem he learned that would cause the car’s batteries to overheat and shut the car down if it was not fixed. As well as his observation that many of the tesla supercharger stations seem to be empty and how he didn’t see a single one on the road his entire journey to Greece. He shares all the sights and sounds of his trip through incredible drone footage and recordings from his camera around monuments and even just updates while charging up his car.

Some may look at this journey and think, it took 15 days to go that short a distance, and be appalled that someone could think so highly of a vehicle for taking so long. When life isn’t about the destination it’s about the ride. Direct destination travel is a very modern occurrence. One that many people don’t consider an alternative to. Why only enjoy the destination and not the entire trip? Jorgen knew he couldn’t really make a straight shot from Norway to Greece so he did exactly what I would in that situation. Plan around the necessary stops at superchargers and chargers along the way to enjoy them.

How would you like to go across a country in your Tesla? Would you be scared of running out of power?

Charlotte Omoto wrote on October 3, 2017 - 2:00am Permalink
I have wanted to go across US in my Tesla, and in terms of chargers, there would be no problem. Heck I went from the boonies of E WA to S CA, AZ, and to the Tetons. My hope is that I will have time to do Rte 66. With Superchargers and destination chargers, it is just a matter of planning your route and chargers. I can put in my destination and the nav shows which Superchargers to use and what % of battery is left at my destination. So very little chance of miscalculation.

LG's New EV Battery Plant Is a Welcome News for Tesla
Tesla Giga Berlin's New Hurdle: It's Not Only the Gov't, but Now Tesla Itself
END_OF_DOCUMENT_TOKEN_TO_BE_REPLACED