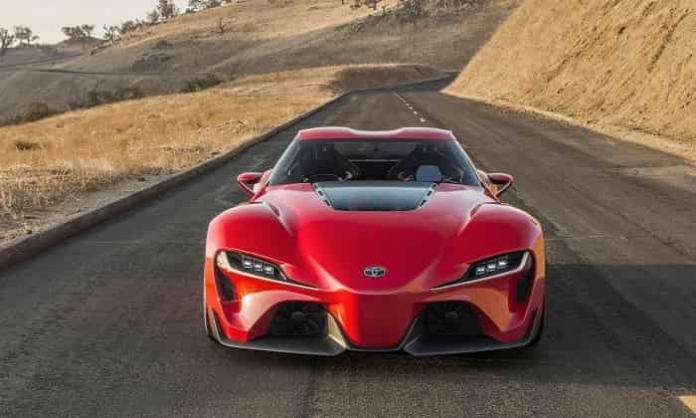 2019 Toyota Supra, can it pick up where Toyota left it off?

In 1998 The Toyota Supra became a car of the past. Toyota withdrew from the US market after withdrawing from the Canadian market two years prior and ultimately ending production in japan in 2002. The Supra MKIV left a lasting impression on the automotive work that almost 20 years later still has not gone away. But now, a new dawn is on the horizon.
Advertisement

Toyota began teasing a new Supra before the economic downturn of 2007 with the FT-HS. Then again, after years of radio silence, we see another hint at a rebirth of the supra in 2014 with the FT-1, now however with BMW as a partner your dreams may be coming true.

At this point in late 2017 the new Toyota Supra, MKV, is almost totally confirmed to be happening. The details however are not as clear. We know it will share the same platform as BMW’s new Z5, a Toyota spec J29 chassis, and it’s also believed that BMW is developing the powertrain. This leaves a lot to wonder, Toyota does not currently produce an inline-6 motor, the 2JZ remains iconic for the amount of power and torque it was capable of, but BMW does produce I6 motors and even better turbo I6 motors. Let’s not get ahead of ourselves, the reports on actual power output from the upper end models range from 350-500 HP and 300-450 lb-ft. Which begs the question, what will the MKV be competing with?

The competition of Toyota Supra

A good approximation aside from the vehicle layout; front engine, rear wheel drive, two door, four seater, is the price point. However, the price point is still not confirmed, so let’s look at the options. If the base Supra were to come in around the current price of the BMW Z4 at $50K we would be talking competitors like mid to upper range Audi/Merc/BMW’s and some upper end muscle cars like the corvette or top of the line Camaro/Mustang/Challenger’s but leaving some potential import competitors like the Nissan 370Z or Subaru BRZ far behind.

However, if the MKV Supra is to be closer to the $100K base price bracket it will be attempting to bump shoulders with the big boys of import performance like the Nissan GTR or the also newly reintroduced Acura NSX. This is where the supra belongs when you think of the heritage. How would it stack up against these two; the NSX will boast an impressive 573 hp and 476 lb-ft and a 0-60 time of about 3 seconds capping out at 191 MPH, the GTR pumps out 565 hp and 467 lb-ft, a very similar set of numbers. The GTR however doesn’t have the electric motor hybrid drivetrain the NSX does that might also find its way into the new Supra as BMW does already have the technology in their i8.

I would love to see the Supra MKV come out swinging and bring the MKIV’s reputation into a technological 2019 masterpiece, but frankly I lack faith in BMW and Toyotas ability to make that happen. Much of the spy shots and videos from track and street testing are underwhelming to say the least and really bring a pain to my heart. As a few automakers have learned recently, it’s very easy to put a serious smudge on a cars reputation by reintroducing something that doesn’t live up to the name. With a vehicle as important as the Supra I really hope Toyota does it right.

Also see: What Would You Pay For a Brand New 1990 Toyota Supra Turbo?