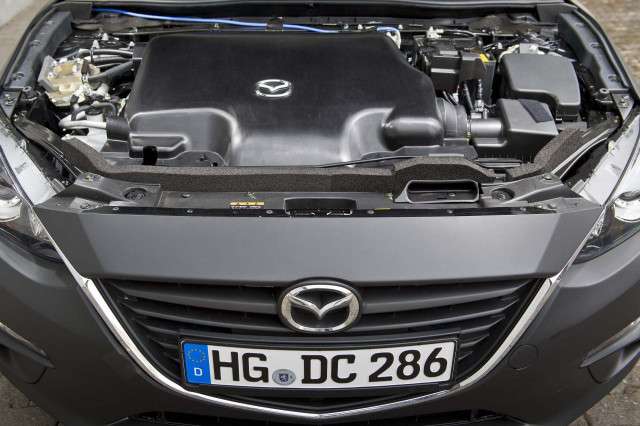 The internal combustion engine, now more than 200 years old, will be with us for a long time to come yet. Powering more than 1 billion vehicles on the planet and almost 100 million new ones each year, it is the default way to move vehicles along the world's roads.
Advertisement

With its carbon emissions now conclusively implicated in climate change, electric cars may seem like a foregone conclusion, but they will take many decades to become even half of the planet's vehicle fleet.

Instead of dedicating their research on electric engines & batteries, Mazda has decided to try and make the internal combustion engine more efficient. They have done a pretty good job in accomplishing that as well.

What Mazda calls its SkyActiv-X series represents the next evolution from the SkyActiv-G gasoline engines it launched in 2012.

That new engine will arrive for 2020, and it represents another leap in improvement. Mazda's achievement in putting an HCCI engine into production means it will have reached what engine designers for decades have considered a Holy Grail of efficiency.

Previous attempts at HCCI engines from Daimler, General Motors, Nissan, and other makers varied the compression ratio within the combustion chamber mechanically. That spreads a pressure wave that further compresses the lean air-fuel mixture, which then ignites on its own, not as a result of being sparked.

Its simplicity is evident by the use of a slightly strengthened conventional SkyActiv-G block, with three alterations to ancillary components that make the lean combustion possible.

First, a very precise direct-injection system operates at much higher pressures than customary for a gasoline engine: 200 bar, or about 2,900 pounds per square inch.

Second, an air compressor—Mazda goes to great lengths not to call it a supercharger—packs more air into the cylinder to keep the main air-fuel mixture sufficiently lean.

Finally, and most important, sensors in each cylinder and the most powerful engine-control processor Mazda has ever fitted allow real-time adjustment of the air-fuel mix and spark timing for each successive combustion event.

Of the two prototype 2020 Mazda 3 development cars, the six-speed manual version delivered 34.6 mpg and the one with Mazda's six-speed automatic transmission returned 39.9 mpg.

Some of the drive cycle was standard traffic around suburban Frankfurt, including low-speed residential and town stop-and-go, but we also spent a few miles at up to 160 km/h (100 mph) during two short stints on the autobahn.

This would be an impressive improvement in efficiency. Will it be too little too late? While other manufacturers have promised to have multiple electric vehicles in their lineups by 2020, is Mazda spinning it’s research wheels?