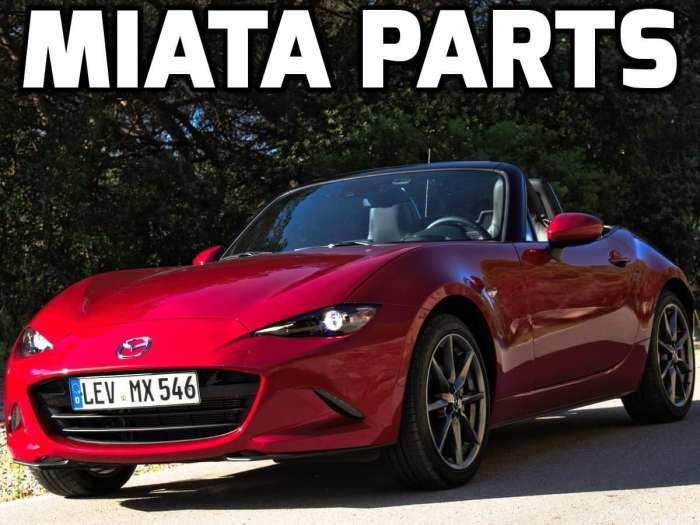 Moss Miata Has Miata Parts Down, and That's Great for the Miata's Reputation

Moss Miata, one of the best known producers of aftermarket Mazda Miata parts, has been in the business of providing for enthusiast needs since 1948. Prior to 1995, the company only produced parts for British sports cars. The Miata, however, was a natural addition to the catalog lineup. This says a lot about the Miata's true sports car status.
Advertisement

The Miata has been seen almost universally as a spectacular driver's car since its introduction in 1989. It's balanced and predictable, and although the car's lively but small engine does not propel the car to any kind of thrilling speed, it has nevertheless been gladly accepted by the vast majority of driving purists.

Al Moss would certainly number among those purists. Al started Moss Motors in 1948 after purchasing an exciting MG TC and starting one of the first road rallies on the west coast. The owners of these little MGs were not spoiled for choice as far as spare parts, and so in addition to service, Moss Motors began providing owners with spare parts. This niche, providing spare parts for British sports cars, became larger and larger as these cars began to gain popularity in the States. Moss eventually had catalogs for the MGA, MGB, Austin-Healey and Jaguar's XK120-140-150 series, all legendary sports cars.

Things changed a bit in 1995. 6 years after its introduction, the "British sports car from Japan" became noteworthy as the only non-British car to be added to the Moss lineup. Although it did not turn up in any newspapers, consumer reports, or magazines, the fact that the Mazda Miata became an accepted model by one of the most significant producers of British sports car parts in America was a real and significant affirmation of the Miata's driving characteristics. Mazda had successfully produced an effective interpretation of the same kind of driving experience which made Al Moss fall need that TC.

Moss now produces parts for a number of different modern cars, but the Miata was the first to receive this kind of accolade, and Moss Miata is perhaps the best known of Moss' operations. The swath of parts which is available through them is staggering, and the company has become so cemented in the Mazda Miata enthusiast community that some parts have become standards of Miata ownership. The Moss Miata shifter bushing kit, for example, is the go-to recommendation for anyone looking to reduce some movement in the shifter.